The population of Upper Horton had its annual explosion over the New Year period with four big days of campdrafting and rodeo.

Spokesman for the Upper Horton Campdraft and Rodeo, Stewart Steiger said that numbers were down lightly on last year, which was to be expected because the Australian Championships were held at the Horton last year, but added that organisers had seen “four magnificent days.”

“Two big rodeos were also successful.  We had quality cattle loaned by local people,” he said.

In recent years, the reputation of the New Years Eve party has grown, and the event is now ‘massive’.

Stewart praised the volunteers who stepped up to help.  “We want to thank the local producers for their kind cattle donations and all the volunteers. It’s a big ask to expect volunteers to work over the four day period, including public holidays, but the community steps up and does what needs to be done,” he said. 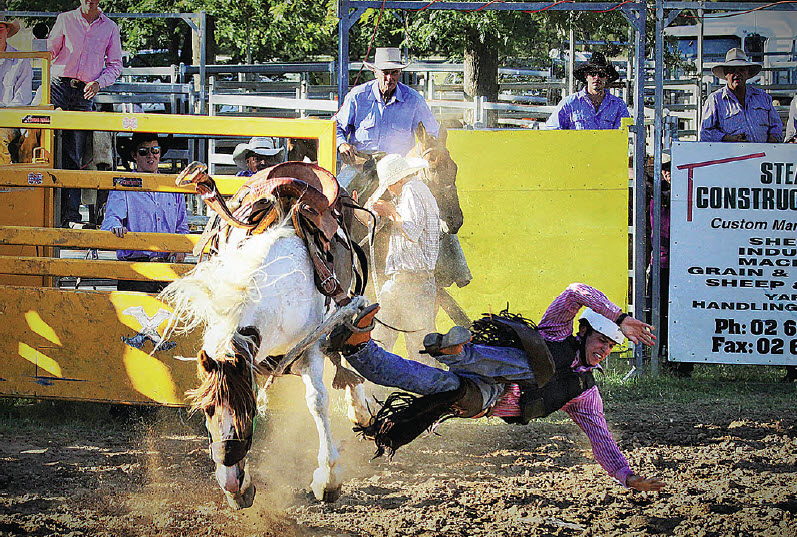 William Reynolds from Bingara parts company with his horse.