BingaraLatest NewsThe RoxyFrom Inverell to Bingara via the stage and screen

From Inverell to Bingara via the stage and screen

Growing up in rural Australia should not be an impediment to realizing a stellar career in any field.  Gracing the stage or silver screen is something that many of us may dream about, but few of us actually achieve.  Annie Byron has managed both in spectacular fashion. 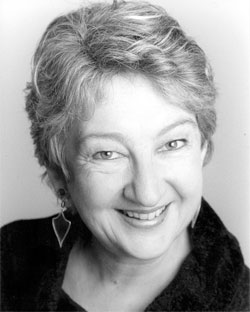 Annie grew up in Inverell before graduating from NIDA and going on to a successful career on the stage,   as well as in the Australian film and television industries.

The North West Film Festival is proud to welcome Annie as a judge and special guest at this year’s festival will take place at The Roxy, Bingara on Friday and Saturday September 17 and 18.

Annie has a wealth of experience that she is looking forward to imparting with the young people and community members at the Festival.  Understanding the background of the participants is a clear advantage for Annie who will conduct acting workshops over the two days of the event.

More recently, Annie appeared in the Sydney Theatre Company’s production of Heda Gabber directed by Robyn Nevin and starring Cate Blanchett and Hugo Weaving.  After a successful season in Sydney, the production travelled to New York where it received outstanding reviews.

Now in its seventh year, the North West Film Festival provides young people with the unique opportunity to showcase their work, assess the work of their peers, work with industry professionals and celebrate their achievements.

They will have the opportunity not just to experience the industry first-hand through Annie Byron, but also through the other judges and special guests from the Australian film and television industry: Jaclyn Albergoni, Belinda Chayko, and Kirsty de Vallance.

Members of the public are invited to attend the Festival Awards commencing at 6:00pm on Friday September 17.

The awards provide the opportunity for members of the public to experience the wealth of emerging talent in the region, as well as to see the works of the special guests. The public is also welcome to attend the workshops, run by our talented judges, throughout the day on Saturday, September 18.

This is a terrific event that highlights the views and creative talents of young people, as well as members of the community from across the region and should not be missed.