A highlight of last week’s Currabubula show was the unveiling of a very life like portrait of Bingara man, Geoff Leech.  Just over a month ago, Geoff was announced the winner of the inaugural ABC Red Cross Currabubula Art Show Portrait Prize. 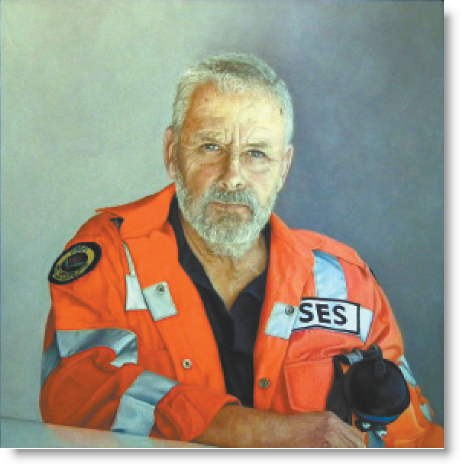 Geoff Leech is now the proud owner of this finishedportrait,
his prize for being chosen by the ABC.

Ms Ingall said “he won the chance to have his portrait painted because of his dedication to his home community of Bingara.”

The finishedwork was unveiled last Thursdayweek at Currabubula. Geoff and Barbara Leech, and Cr. Catherine Egan, who pushed for his nomination, attended the Art Show, and other friends from Bingara travelled to Currabubula over the weekend.

When they settled in Bingara a few years ago, Geoff and Barbara Leech immediately joined in with community activities, including the North West theatre Company, Bingara Community College, helping neighbours and community members when they need a hand, and for Geoff, the Bingara SES.  In his role with the SES, Geoff has attended several emergency situations in Queensland and New South Wales.

Ms. Ingall told the Advocate the ABC is considering another prize next year, and is seeking ideas for who might be a suitable winner, for example, another deserving volunteer, a Farmer of the year, or perhaps Mother of the year.

The Advocate has suggested a carer would be a suitable subject for the next portrait. 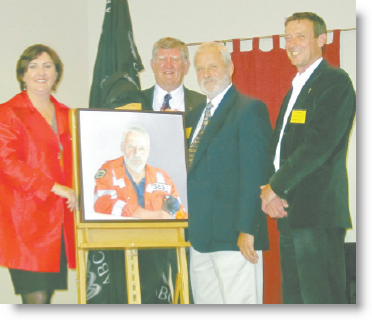