Glamour and elegance for a good cause

On Saturday evening, May 10, nine beautifully gowned debutantes and their elegantly attired partners were presented to Member for New England, Mr Adam Marshall, Deputy Mayor of the Gwydir Shire, Councillor Catherine Egan and Mr Ian Egan at the Debutante Ball held at the Bingara RSL Club. 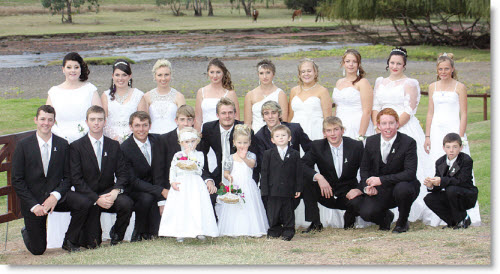 The young ladies and their partners danced the Pride of Erin and the Texas Tango before a delicious meal was served.

The well attended ball was a fund raiser for Ovarian Cancer research, organised by Nikki Galvin, Marilyn Dixon and their many helpers.

The event was a wonderful success, raising over $2000.00 plus the proceeds from the raffle.