The Gwydir part of the Willoughby/ Gwydir Youth Exchange program commenced on Thursday 4 July 2019. There were 10 participants from Gwydir and eight from Willoughby. 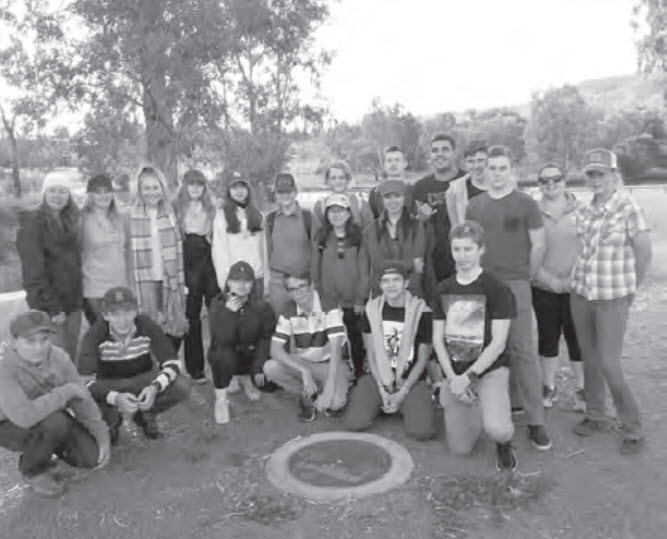 Making new friends: Young people from the Gwydir Shire and the Willoughby LGA.

The students met on Thursday at the Roxy café for the welcome dinner with Gwydir Council’s Mayor, Councillors and senior staff. They had a quick trip around parts of the shire on Friday morning before attending the Orange Picking event and then a trail ride along the Gwydir River.

The group saw a movie at The Roxy on Friday night and participated in the Orange Festival on Saturday, receiving Certificates of Participation from the Mayor, John Coulton during the festival. They stayed at The Living Classroom and their country trip concluded with the usual bonfire at Peter and Brenda Pankhurst’s.

The Gwydir students were great hosts showing the Willoughby participants what country life is really like and they are keen to head to Sydney in September to experience the city way of life. The 10 young people from Gwydir were Karys Smith, Andrew McGarrity, Will Johnson, Jackie Woodward, Courtney Barwick, Jade Baker, Lucy Doney-Tonks, Byron La Fontaine, Brock Byers and Cassidy Hobday.

The program originally started as part of the Bingara/Willoughby sister city relationship, instigated by the then mayors of the two local government areas, John Wearne and John Squire. Originally, the students were billeted with host families, and entertainment included events such as chasing rabbits at night.