Bingara Historical Museum has quietly revealed its new records and storage building after its completion last week. Observing years of fundraising by the historical society, Gwydir Shire Council saw the need and persistence behind the drive for better facilities at the site and stepped in to assist with the grant application process.

After several set-backs the museum was successful in gaining a grant through the Stronger Country Communities Fund (round 2), worth over $50,000. Volunteer and committee member Jane Connolly told The Gwydir News that the new building has met and exceeded their expectations.

“It went beyond our wishes. We’re very grateful to Carmen Southwell for helping us with the grants. We were so crowded in the other room, and the small storage area in the back of the museum is so crowded,” said Ms Connolly. The old office which had been far outgrown will be repurposed into a further display area.

Further to the storage the building is air-conditioned which means the members and volunteers can now meet and research year-round. “In winter it was freezing. We actually changed our meeting times which were in the afternoon, to the morning because it was warmer. Then it was hot in summer,” said Jane. 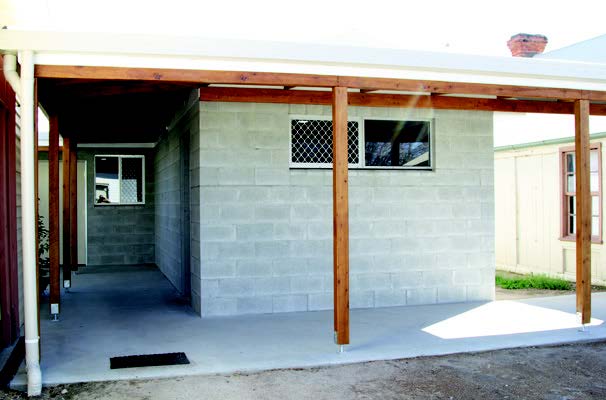 Construction of the building was thanks to Gwydir Shire Council workers, with materials sourced locally where possible. The timing of the shut down in March worked in well to allow for the construction work to take place. In addition to the office space that has just been opened the Museum has also received funding for construction of another building to house a donation of war memorabilia from the Bingara RSL.  Bingara Salvation Army has very generously offered the use of the back part of their property to assist in making space for the building, which will begin construction in the coming weeks.

At present the historical society is quietly working behind the scenes to ensure that the Museum is able to reopen in the near future and is able to comply with COVID regulations. Having had some helpers recently unable to return, Ms Connolly encourages anyone who is interested in assisting at the Museum to get in touch with them.

“If anyone would like to volunteer, we would welcome them. Even just a couple of hours a week would be so much help,” said Ms Connolly. Please phone or call in to the office on the Museum site on a Wednesday when there will be other volunteers to discuss this with.

Volunteers are needed for cleaning the Museum, researching family histories or guiding visitors when the site reopens. 02 6724 0000.