Bingara’s Lynne Clark and Bev Matthews are busily gauging support and preparing their case for a new Bingara Op-shop. The pair have been planning in the background, a way to get the much-needed service back off the ground since the closure of the Salvo’s Store earlier in 2020.

One of the aims of the concept is to unify people of faith in Bingara, under the umbrella of the Bingara Op-Shop. Ms Clarke says that the store will not be affiliated with any of the larger op-shops and they would like the community of Bingara to feel a sense of ownership regarding the store.

“It is for the community. Money will stay in the community. The idea for us is to unify people of faith. We would like all denominations in the coming together to be involved, and not just churches but community groups too.” 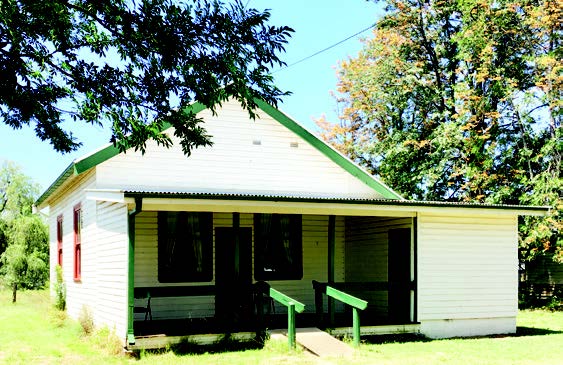 Knowing that the community has united before, for projects such as the Bingara MPS, the two women are sure they can do it again to benefit local people. “We are right at the beginning and are starting with no funds, so the idea is to use the community’s resources, maybe if people have bits and pieces that can help us out,” she said.

Community sentiment is that the loss of the Salvo’s Store earlier in the year was a big blow to the town, with comment on social media often indicating disappointment at its demise. Travelers often call into other businesses looking for a secondhand store as well.

“The Salvo’s did a great job with their shop, and we’d love to have them involved with us. We have been in touch with the Senior Citizens Centre and other groups and they have been spreading the word,” said Ms Clarke.

“Hours would ideally be 9:30am – 12:30pm, Monday to Friday, with Saturday trading on an occasional basis.” A meeting will be held next week at 10:00am on Tuesday at the Uniting Church Hall in Cunningham Street, to seek expressions of interest from those wishing to be involved.

Following on from this Ms Clarke says they hope to be able to present a case, with a COVID-safe plan, to the Uniting Church in Inverell which may assist in supporting the project further.