Originally from USA, Hugh is a multi disciplinary scientist who has studied biochemistry, physics, maths and psychology and is a Biodynamic farmer. 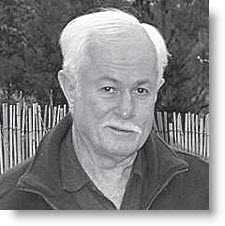 UGLA will host a workshop with the internationally- renowned Hugh Lovel on Wednesday April 9, thanks to funding from Caring for our Country’s Community Environment Grants.

Hugh consults to a number of farmers around Australia and the world, among these are the Business Dairy Group based in Shepparton, Victoria, some of the best grass managers in the grazing game. He also consults to numerous other agricultural industries including, grain growers, vegetable farmers, cane growers, fine wool growers and orchardists among other groups.

Arguably one of the best soil scientists in the world, Hugh will be conducting the workshop at the Living Classroom in Bingara on April 9 Topics which will be covered will include the use of total soil tests, the total package that you have in your soils, and then how to make the unavailable, but present minerals and elements available.

The role of the biochemical sequence which is the hierarchy of minerals and elements and the order of importance in which a plant requires these. The importance of boron and silicon in this sequence to transport from the root to leaf the other minerals such as nitrogen, magnesium, phosphorus and potassium. Hugh will also discuss the importance of some of the trace elements such as copper and zinc, which can help make other minerals that are tied up in the soil more plant available.