International super star to perform at 2015 Opera in the Paddock

Innovative regional opera company, Opera North West, has proven yet again why it is the leading organisation of its kind, securing international superstar Teddy Tahu Rhodes to perform at its headlining event Opera in the Paddock in March 2015.

After a decade presenting the major regional cultural event Opera in the Paddock, Opera North West has cemented its reputation as a world-class enterprise, recognised by Opera Australia and other leading institutions for its standard of excellence. The event will return to ‘Mimosa’ at Delungra near Inverell on 21 March next year.

Artistic Director Peta Blyth said, “It is fitting that, following a two-year hiatus, Opera in the Paddock is able to present a stellar artist of the calibre of Teddy Tahu Rhodes. 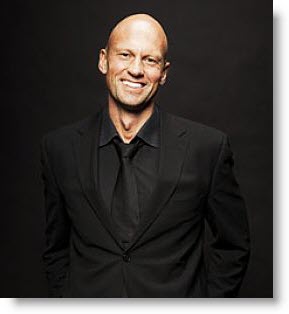 Following the stratospheric success of The King and I, Don Giovanni and South Pacific, Tahu Rhodes is currently the most sought-after singer to grace the world’s biggest stages.” Breaking all box office records, The King and I was the highest selling show ever staged at the Sydney Opera House, and over a quarter of a million people saw the musical during it national tour.

“These productions catapulted Tahu Rhodes to fame with mainstream audiences and will guarantee that he is a major attraction at Opera in the Paddock,” Mrs Blyth said.

Despite the fact that hundreds of thousands of people have enjoyed seeing Tahu Rhodes perform, these productions have been less accessible for people in regional areas.

“Opera North West’s mission is to provide regional audiences with top class performances that are usually only accessible in the cities. Presenting Tahu Rhodes ‘in the bush’ underlies our core values as a company.

Teddy rarely performs outside the greatest opera houses and world’s largest theatres, so this is a unique opportunity for people living in regional Australia to experience this exceptional talent,” said Mrs Blyth. "It has been months in the planning.

Opera North West acknowledges the support of the NSW Government through Destination NSW, whose assistance will aid the development of the event. Additional partnerships are in place with the University of New England and Opera Australia that will take the event into the future and ensure it provides a positive impact on the culture of the area.”