Introducing Ben Daley, a Theatrical Director “on the move”!

December 4 to 13 will see the Christmas Pantomime, “Hansel & Gretel LOST in Sherwood Forest” presented at the Roxy Theatre in Bingara, by the North West Theatre Company. It is an adaptation by local playwright, Mary Woodroofe, of the famous fairy story from the Brother’s Grimm.

The NWTC continues its policy of engaging professional directors this time employing Ben Daley to the task. Ben hails from Inverell, but his theatrical and film work has seen him travel broadly and experience much. 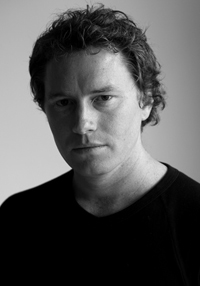 Ben began his career working on film and television productions including Blue Heelers, Thunderstone, Stingers and Flipper.  After graduating with a Bachelor of Creative Arts in Theatre and Writing, plus a Bachelor of Arts Honours in Film (First Class Honours) and a Graduate Diploma in Education (Senior Drama),  Ben began acting in Musical theatre including productions of Les Miserables, Jesus Christ Superstar and Oklahoma!

Ben has been constantly “on the move”. He joined  with company Kooemba Jdarra and toured with the Queensland Arts Council with Piccaninni Dreaming. Collaboration with QAC continued with the commissioned Natjul Indigenous Performing Arts production, Yesterday Now.

Internationally, Ben has worked as a documentary filmmaker for Oxfam in New Zealand, performed at the Keochang International Festival of Theatre in South Korea, Directed A Bastard’s Tale for a Canadian tour and has worked in Theatre for Development in Timor Leste, and is returning to Timor later this year to research film project, Oecussi.

Ben is excited to rejoin North West Theatre Company with the production of Hansel & Gretel LOST in Sherwood Forest, his first as director with the company.

Bookings for Hansel & Gretel LOST in Sherwood Forest will be available from October 26, through H.Fay & Sons, Bingara Ph:6724 1303.