Bingara gardener, Howard Rose, has shared treasured seeds of a special tomato with his daughter-inlaw in Brisbane, with outstanding results.

Pictured are tomatoes grown in her garden, from seeds from Bingara. The tomato in the foreground weighs one kilogram.

“I had heard of these large tomatoes from Audrey Carey,” Howard said. “She had grown them about 50 years ago. The story goes that a man had brought the seeds to Australia from Canada in the cuffs of his trousers.

“He was in the Inverell district and gave the seeds away. I found them in a cafe in Inverell, as they were being given away by David Gymer. He told the same story about the tomatoes. “I showed them to Audrey who was really excited about them, as she and her seeds were reunited after many years,” Howard said. 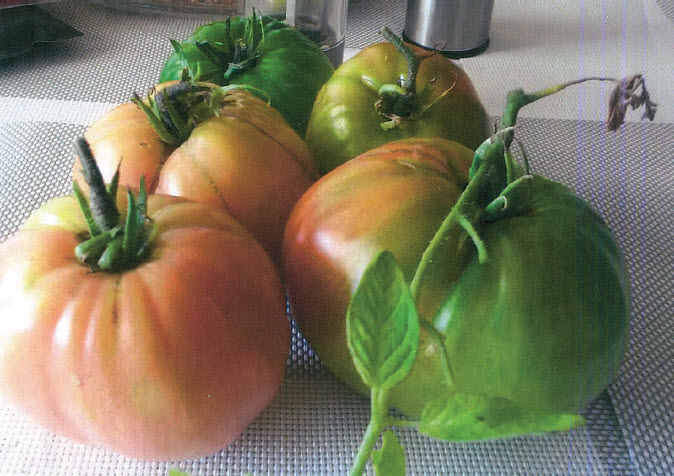