Local boy aiming for the bright lights of Broadway

Steven Williams, known to many in Bingara for his dancing, has just been accepted into Brent Street, one of Australia’s best known and most successful performing arts studios, located in the Entertainment Quarter of Sydney, at Moore Park.

Steven will be studying for a Certificate IV in Performing Arts which covers a number of different areas including acting, singing, dance, choreography, acrobatics as well as fitness and nutrition, career planning and industry knowledge. 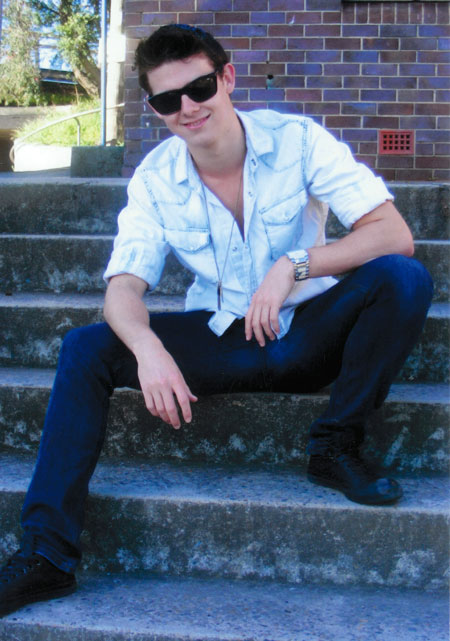 A career in performing arts is assured for Steven Williams.

Steven is well known to the Bingara community as the winner of the Junior Citizen Award in 2009 for his efforts in staging the very successful “Givin’ Back” concert in aid of Touriandi Lodge.  The concert was, in Steven’s words “a way to show the older people of Bingara that the kids of the town could do something good.”

It also offered a wonderful opportunity for the young people of the district to perform for the whole community.  It was at that concert that Steven’s dancing prowess became obvious to his local community.

In fact, Steven had been dancing since he started Year 1 at Bingara Central School, going to dancing classes run by talented teacher, Justine Quarello every week.  Steven continued with those lessons until Mrs Quarello left Bingara, when Steven was in Year 9.

Halfway through that year, Steven also left Bingara Central to attend Inverell High School. Steven was noticed by Laura King, who runs the Craze Dance Studio in Inverell, as well as by the Principal of Inverell High at the schools spectacular held in Tamworth that year.

Steven actually performed with Bingara Central at that concert to help out. Both these people encouraged Steven to pursue his obvious talent for dance, which he did, training in ballet, tap, jazz and contemporary dance at Laura King’s studio.

Steven’s next move was to Sydney last year to attend Newtown Performing Arts School. There he completed his final two years of schooling, having been accepted into the selective school after the first round of auditions.

This year, while Steven was in Year 12, he travelled with the school to America, touring across the United States, visiting Dallas, Texas where the students met with pupils from their sister school and experienced a little of their lives.  The students also visited New York where they met professional artists, attended classes and saw some Broadway shows.

The last educational destination was the Miami World Dance Festival where the students performed. The final stop at the end of the excursion was a visit to Disneyland.

Award
Steven, who has just finished the HSC, ended his year on a high, receiving the award for “Outstanding contribution and commitment to dance.”

He says he’s not sure where he wants to be in the future, but he is certain he wants to explore the United States, particularly Los Angeles and New York and the lights of Broadway.

Steven’s proud mum, May said that Steven might not be home for a while, but when he is, he always finds time to dance for the residents of Touriandi.