The excitement and anticipation all came to fruition for Bingara Rugby Juniors Brock Galvin and Brendan Trevaga on the last weekend of September as they reached Christchurch, New Zealand for the 2019 NIAS U13s Rugby Tour. 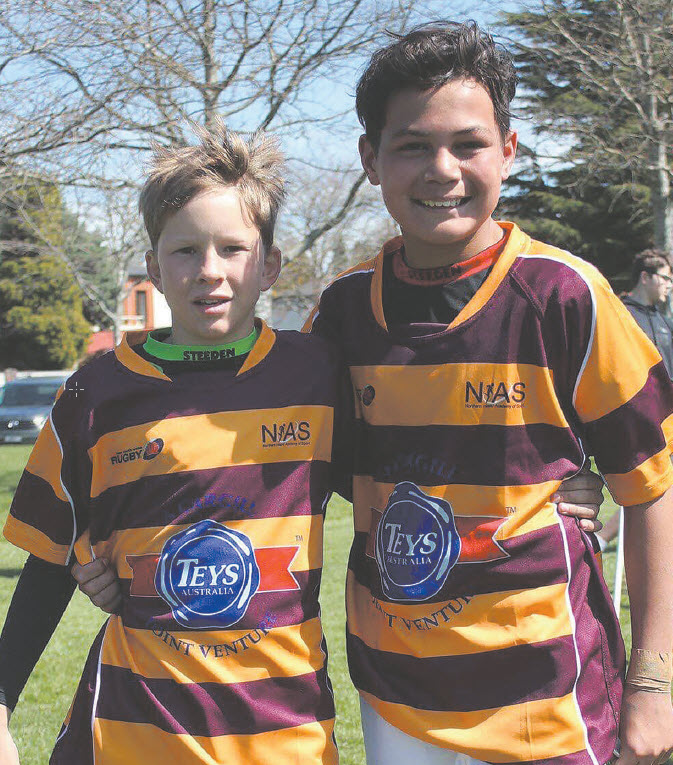 A first up loss to Christchurch U13s was one of two games across the week, followed by a hard-earned win over Burnside U13s. The standard of the games was very high with one of the highlights being a try by Brendan scored against Burnside.

The tour was a great success, not only in the games that were played but the experience that was gained. The boys started their first morning in New Zealand with a motivational breakfast featuring New Zealand Rugby players, then the boys moved on to a premiere coaching session with elite level coaches.

Exposure to the professional standards and facilities of Super Rugby was extended with a visit to the home of the Canterbury Cruisaders. Seeing the technology behind the team and the secrets to their success and meeting Crusader Owen Franks added to their experience.

Throughout the week there was also time for sight-seeing and fun with visits to Hamner Springs Thermal Reserve, Christchurch’s International Antarctic Centre and a cultural experience of a living Moari village at Ko Tane. Thrill-seeking was ticked off with jet boating and go-karting. Just being selected to part of the NIAS U13 Rugby Union Squad was such a wonderful achievement.

Both boys participated in trials in Gunnedah and Narrabri. “It felt really good to be selected into the NIAS program” said Brendan Trevaga, “it allowed me to play, travel and build friendships with the boys from the Central North and New England area.”

Brock Galvin added that he felt “Awesome and honoured to have been selected.” As for going on tour the boys have represented the area with pride. “I feel very honoured and proud” said Brock.

Brendan was generous in describing what the tour meant to him. “It was extra special representing Bingara. After living in Sydney, Bingara is very different. I know the people about town. I have family all around me. I love the feeling of saying I am from Bingara” he said.

The boys would particularly like to thank the Bingara community, local businesses and The Gwydir Rugby Club for all their assistance in fundraising for the trip. In addition, they were helped immensely by NIAS and their awesome coaches Garry Walsh, Angus Patterson, Jason Lincoln and Brent Hartley, who all volunteered so much of their time and brought them home safely.  The experience and qualification of these coaches added greatly to the value of their trip.

From the wonderful experience they were provided Brock says he has learnt “To be humble and always put your hand up and not out”. Brendan adds that “New Zealanders worship Rugby Union more than Australia.”