Two young Gravesend fishermen have taken out the Daiwa Copeton Cod Classic held at Copeton Dam over the weekend coming out on top of 95 registered teams. Brayden Robinson and Mason Daley, as team ‘Rise N Grind’, were crowned the winners of the Australia Yellowbelly Championships event with 1110mm and 1050mm catches on Friday night. 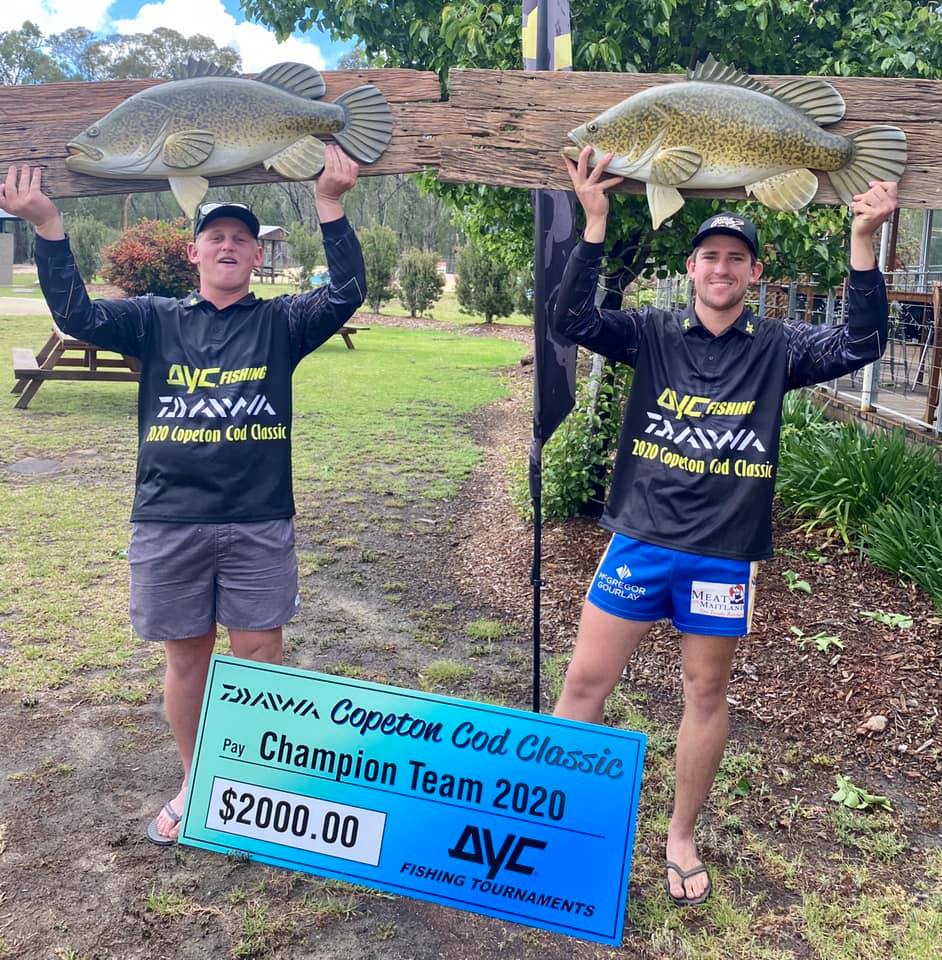 We caught both our fish before the rain, after the rain we couldn’t find anything. The boys are regular fishers at the dam with Breyden having competed in last year’s Classic when the weather was equally as bad for fishing. Despite COVID restrictions reducing teams to pairs the event was very well attended, with many of the 180 participants travelling to attend.

Keeping things simple Breyden and Mason used a 4.3m Blue Fin boat with a 60 horsepower engine and an a five year old fish-finder, seeking a weeded area they knew would harbour bait fish. “Find the bait and you will find the fish was their simple but effective strategy. No fancy boat or electronics for these young men just some good old-fashioned fishing ability secured them the win.

Big congratulations from AYC, the Daiwa Australia team and all our Cod Classic sponsors,” said AYC Fishing Tournaments. While the boys fish around at other dams, they have yet to compete in other tournaments, though this win may just be the catalyst. “We might start now,” said Breyden.