Lots of dust but successful show

Dry weather and the Royal Easter Show in Sydney did not have too much effect on the success of the 2016 Bingara Show. 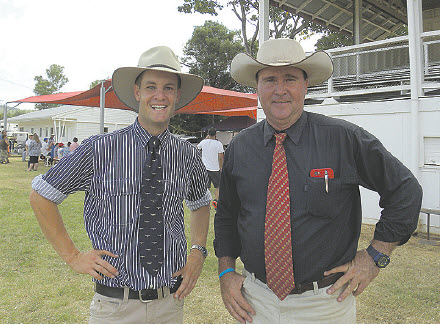 According to Show Society President, Russell Smyth, the show was very successful.

“The entertainment was very good this year. We had the Crackup Sisters, the racing pigs, the puppet show, the rock climbing wall and animal nursery which were all really popular.

“The show had a really good feel about it, which gives us something to work on for the future. At the show, there was some comment about whether or not the show should return to its former slot of May.

Show Secretary, Robyn Phillips said the March dates are locked in for 2017 and 2018.

“We are going to have a meeting next week, while everything is fresh in our minds to discuss that,” Mr. Smyth said.

“Our biggest issue is that we have to attract local families back, that is what we are lacking. We are working on different entertainment, different ways to attract people.”

Show Society Committee to consider the dates for future shows

A proposal to try and get a poultry pavilion going will also be considered by the committee. Poultry used to be shown at Bingara many years ago, but the old pavilion where the birds were shown has long been demolished. “The pavilion looked really good,” Mr. Smyth said.

“I would say entries were down a bit, but it just looked really nice.”

Sheep numbers were down.

Judge, Ron Greenaway said he only had to make two decisions during the judging process.

Attendance was down by about 20 percent. “Maybe a few people stayed away because of the heat. When you take the cattle people out of it, it was still good.”

The standout section of the show was the Campdraft.

“All the riders felt the heat, as did the spectators.

“Because of the dust, Council donated the water truck to keep the dust down.  Graham Rattray donated his time to operate the truck, which was most appreciated by competitors and spectators.”