On Monday, December 21, the Maitland Street Christmas party was attended by the usual suspects.  For the second time they have raised money for the Cancer Council with $1000 already raised before the night. 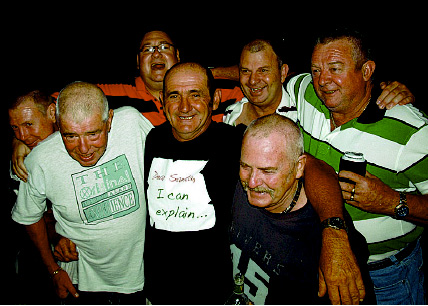 Kath Herringe said they had a special guest from Armidale, Wayne Mears, who has been travelling around the North West collecting sponsorship for his head shave from Clubs and Pubs. Well done, Wayne.