Another June Long Weekend has been and gone and what a huge weekend it turned out to be. Firstly I would like to congratulate the organisers of Raelene’s Benefit on Saturday evening/night – a great night – top job everyone. It must be so uplifting for Raelene to know that so many people care.

And now to the tennis.

A huge congratulations and thank you to all players for their good sportsmanship over the weekend and patience and forbearance with the changing weather situation.

We had 63 players this year, which is slightly down on the previous few years. Saturday was a great day and we got through a lot of matches including a couple of finals. Sunday started out well but by early afternoon it was clear that there would be no more play on that day and by nightfall with the courts awash it was obvious that play on Monday was also out of the question. So what now, flip a coin for a result of the finals or play them out on the Table Tennis table? To a man they decided on the table tennis option.

A couple of newcomers commented that they had never heard of a competition being completed in this way but afterwards said what a fun afternoon it had been. The matches that were played indoors were fought for as vigorously as if they were actually out on the court and I am sure no one would dispute the outcome. 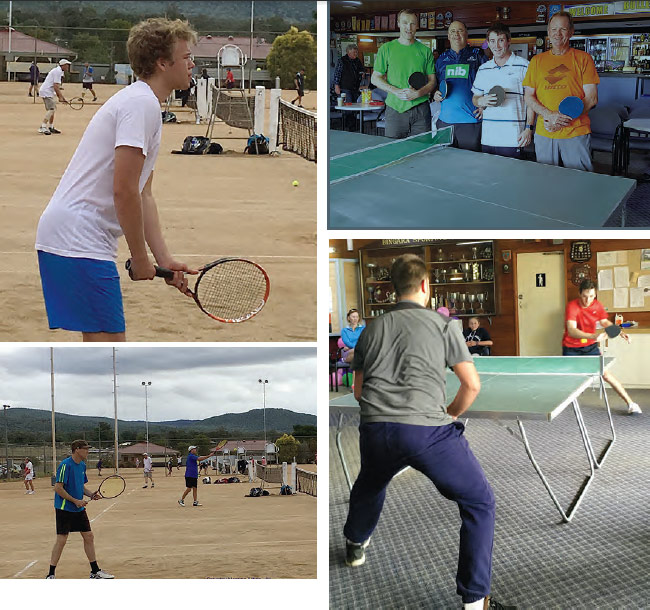 The weekend for us rounded off with the annual City versus Country Bowls Match which City won however it could have been a whitewash except that Adrian Fletcher defied his captain, Bob Seale, to draw his bowl. A great way to finish a top weekend.

A huge thank you must go to our sponsors who backed up again to support this annual event which, by the way, has gone international with two players from New Zealand coming over to join with other visiting and local players for the three day event.