Keen anglers taking part in the Angers Club’s Marty Turner Memorial fishing competition, Tanya Lanagan and her daughter, Rebecca Moore were surprised when what Tanya described as “a child’s fishing rod, with a line you could snap with your hands” yielded a 60 pound Murray Cod. 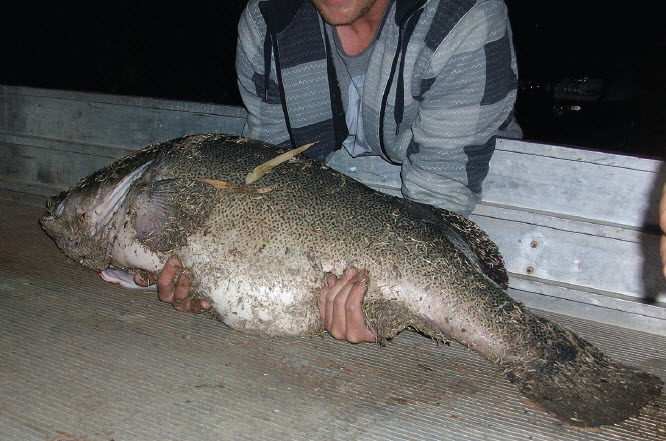 Tanya said Rebecca brought the fish in, and she used a net to land the fish. She then called her husband, Anglers Club President, Stuart Lanagan, who returned the fish to the river.

“It would have weighed 60 lb, without a doubt,” Stuart said.  “It was a female, and we did return some from the hatchery five or six years ago to that spot,” he said.

Stuart said the fish was unharmed by the encounter, and swam off happily from the boat ramp.

The cod was lucky on two counts, the first being it is in the middle of the closed season for cod, the second was the competition is strictly to catch Yellow Belly only.

Find out more about Fishing in Bingara and surrounding district >>