Planting of the Myall Creek bush food garden was undertaken over two days last week with over 30 species added to preserve traditional foods and medicines. Members of the Friends of Myall Creek, volunteers and council workers joined together to put in the plants that are not only native to Australia but indigenous to the local area.

Along with other plantings at the Myall Creek site, plants for the bush food garden were selected with consideration to the use of the plant, the role it plays and its ability to survive in the climate of the area. The garden will initially be established with weekly waterings, thanks to volunteers, before being aided by gentle irrigation if necessary, though the plants are adapted to scant rain fall. 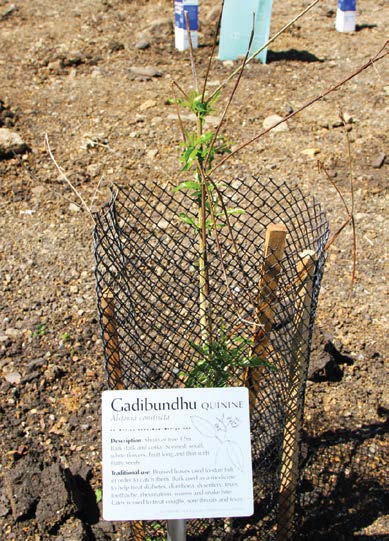 One species which has been sown in the garden is the Yam Daisy (Microseris Lanceolata) which was once prolific in the area, being both drought and frost tolerant. The roots of the native daisy provided a tuber which was cooked in an earth oven and was a favourite and staple food of Aboriginal people. The plant, like many others, became scarce due to the grazing of sheep and cattle.

In order to gather enough stock, plants for the project were sourced from five nurseries throughout the region, including the nursery facility at The Living Classroom.

Signs for the bush pantry plants have been placed throughout the garden providing information on the species historical and cultural uses.

Friends of Myall Creek committee members David Carr and Jo Miller coordinated to complete the text and placement of imagery on the plaques. The group hope that by demonstrating what is able to be grown at the site, that community members will be able to see what can be successful in their own backyards.

A visit to the site will allow information to be shared on the connection between culture, land and farming practices.

Throughout the year the area has been boosted with volunteers taking on much of the maintenance of the site regarding removal of weeds.

As with almost all projects of 2020, progress was slowed with the impact of COVID-19, meaning some of the volunteer work coming to a halt as a result. Northern Tablelands MP Adam Marshall praised the project at the time the funding was announced. “It is a brilliant project and I commend the Friends of Myall Creek national committee for its unstinting and generous commitment to increase the profile of the massacre memorial and to ensure that the history of the Myall Creek massacre – and many others like it – is remembered and that we then learn from it.”

The garden and landscaping mark the end of the second stage of the project which came thanks to the State Government’s Regional Cultural Fund grant of $1,066,981. 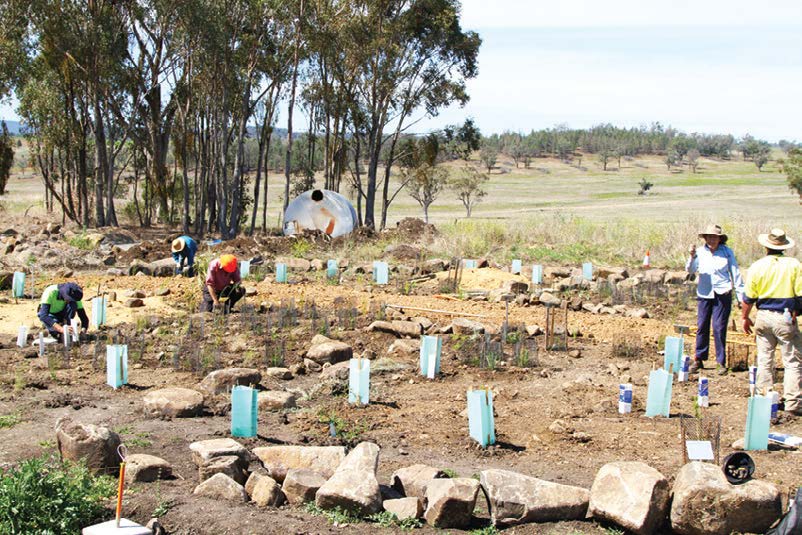