This year the Community Mutual Group will run the M.A.D at Heart Community Challenge in conjunction with the NWFF.

The M.A.D or ‘Make a Difference’ Community Challenge allows schools, TAFE, University, and community members to partner with a local community group to produce a film that demonstrates what they are doing to make their community a better place to live.

“Our kids matter, as does their role in shaping the future of our communities,” said Mr Darren Schaefer, Executive Manager of Marketing and Member Engagement for the Community Mutual Group. “By creating a partnership between our youth and local community groups, not only will we provide an excellent source of learning, but serve to instil an even greater sense of belonging.” 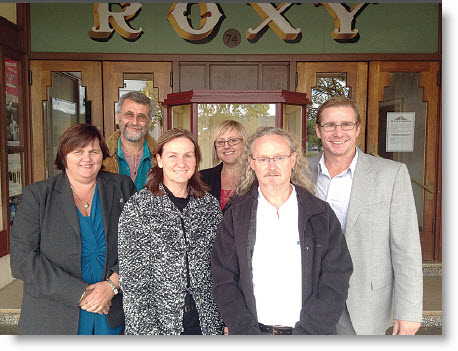 There will be two divisions in the competition:
Division one is open to schools, TAFE and University groups with a $5,000 prize pool for the winning entry. There will be three competition categories – Environmental, Economic and Social – which will be divided evenly between the school and the partner community group, each receiving $2,500.

Division two is open to individuals under 25 years, with $3,000 on offer over the three categories of which the community organisation receives $2,500 and the individual receives $500.

The winning films will be judged by industry professionals and will be shown on the big screen at the Roxy Theatre in Bingara on September 13 and 14 as part of the 2013 NWFF. The winning M.A.D. films will also be in the running to take out the overall best film of the North West Film Festival.

Entrants will be invited to attend the awards night on Friday September 13, and will also have the opportunity to participate in workshops presented by some of the industries’ finest.

“This partnership is a great opportunity to create greater exposure for the festival,” said Martin Bower, Festival Director. “We are looking forward to working with Community Mutual to make this year’s festival bigger and better than ever” said Mr Bower.

The festival, now in its 10th year, has grown to become the premier film event in the North West and continues to attract a host of big name industry professionals, including last year’s judge and star of the ABC drama Paper Giants, Rob Carlton This year there are four categories for the North West Film Festival with cash prizes on offer:

Category one – Tell us something fictional – includes narratives, send-ups of TV shows, mockumentaries, or anything that might make the judges sit up and think, stop for a laugh, a cry, or be very, very afraid.

Category three – Animation – can be any type of animation for any reason.

Category four – Dream it, dance it, do it – this includes music videos, experimental films, and other videos not fitting into the previous categories.

The NWFF is an initiative of The Gwydir Learning Region (GLR) which is a partnership between Gwydir Shire Council, local schools, TAFE, Adult and Community Education, local businesses, and community groups, providing a wonderful example of an initiative that not only enhances student learning, but allows the entire community to gain from an event that enriches and strengthens the community for the future.

Open to emerging filmmakers, students, young people, and community members from isolated rural communities across the New England North West region of New South Wales, the festival is a celebration of what can be achieved by people who believe in their rural community and its future.

This festival is the only one of its kind in North West NSW and provides the community (which has limited access to cultural activities due to geographical isolation and socio-economic factors), with the opportunity to take part in a unique cultural experience.

The deadline for entries this year is Friday August 9. For more information contact: