Ryan’s Daughter is a 1970 British epic romantic drama film.  The film, set in August 1917–January 1918, tells the story of a married Irish woman who has an affair with a British officer during World War I, despite moral and political opposition from her nationalist neighbours; it stars Robert Mitchum, Sarah Miles, John Mills, Christopher Jones, Trevor Howard and Leo McKern. The film is a re-telling of the plot of Gustave Flaubert’s 1857 novel Madame Bovary.

With the season just beginning your best value is to join up for the year of screenings for just $60. The showings are on the last Sunday of the month. Contact Film Club co-ordinator Ros Moulton on 0412 081 642 for details visit the North West Theatre Company’s page >> 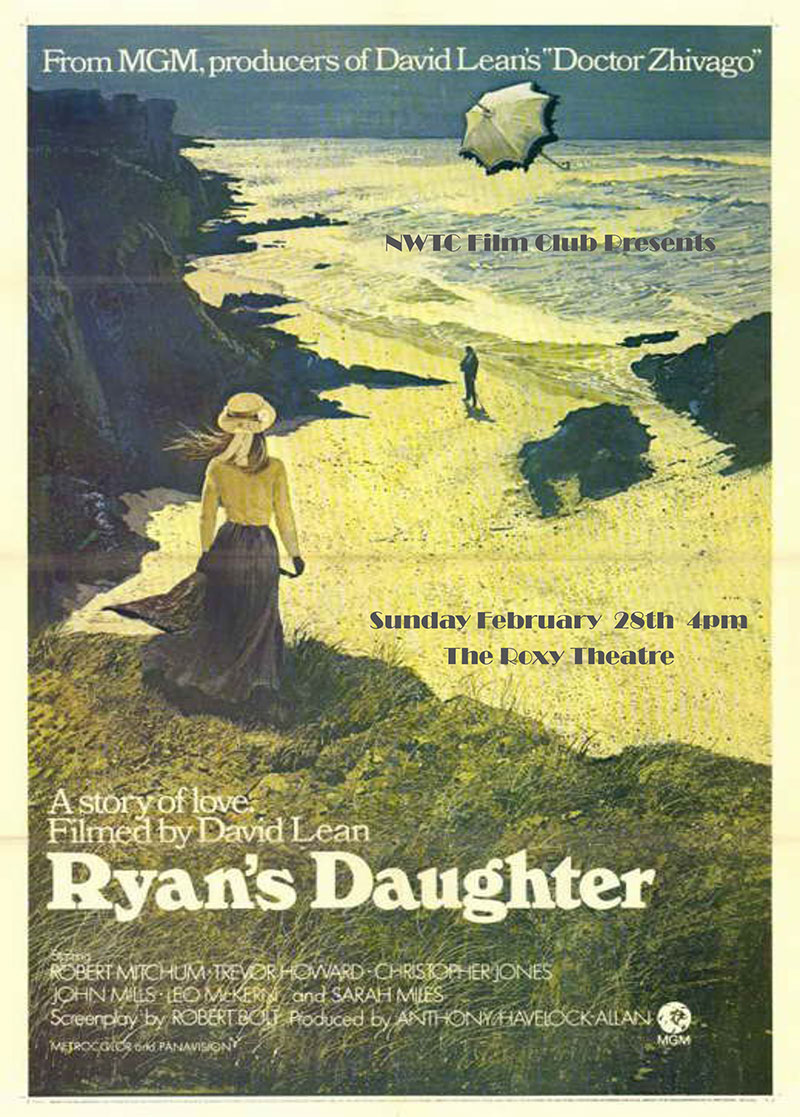