The North West Theatre Company Executive often field questions like – “when is your next production?” This has particularly been the case since the company’s hit production of “The 39 Steps” in May/June this year.

Well…..the wait is over, and NWTC is pleased to announce that our next production – a one-night performance on Saturday, 18th November – will be a joint collaboration with Inverell Theatre Company, who will perform two One-Act plays during an evening that will also include wining and dining in the Roxy Café.

It is particularly fitting that Inverell Theatre Company be invited to perform their work in The Roxy Theatre. Close ties have been developed in recent years with Inverell, particularly through the participation of artists such as Ben Daley, who has been both an actor and director with NWTC, and Peter Caddey, who most recently “brought the house down” with his starring role in “The 39 Steps”.

There remains some fertile potential for the two companies to work more closely together in the future. The Inverell actors and crew are excited about performing a night in the Roxy, which falls in the middle of their 6 performances in Inverell.

The evening will commence with the first play in the theatre – a 40 minute drama called “Conversations With A Clown”. This play, directed by Jade Bradley, sees a bright young cast with Maggie Thomas taking the leading role. Maggie is a talented young actor with many credits and successes in numerous eisteddfods. Greg Barton plays the clown and other cast members include Amy Bird as the mother, Lachlan McDonald as the son and Bailey Thomas as the boyfriend The audience will then move into the Café for first course – “help yourself” finger food, which will be distributed by NWTC members, who will also have a bar operating. 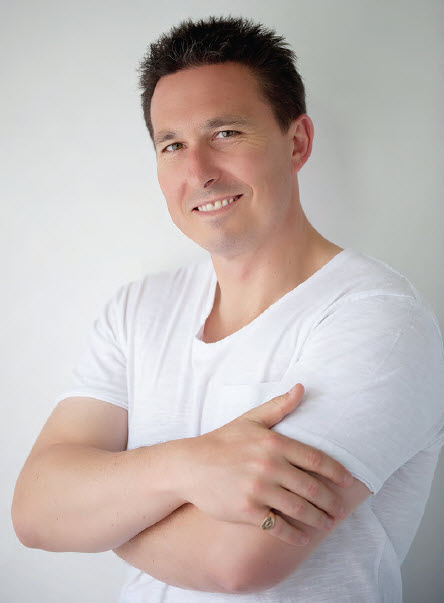 We will then move back into the theatre for the second play – a 30 minute comedy called “Careful Rapture”, which is directed by ITC President Narelle Kennedy. The leading roles are taken by…..you guessed it – Peter Caddey and Jade Bradley, ably assisted by Natasha West as the mother, Narelle Kennedy as the aunt, Natasha Collins as the friend and Fiona Brown as the grandmother.

We then move back into the Café for coffee, sweets and, if you wish, something from the bar, and the night should finish around 10pm.

The two Directors are worthy of more mention. Narelle Kennedy, also company President, has been involved in Inverell since 1973, when she starred in musicals such as “Rose Marie” and “Calamity Jane”.  She has featured in “South Pacific”, “Lola Montez”, “Sailing South”, “Jungle Juice”, “A Wink at the Sphinx”, “Dimboola” and “Play On”. More recently, she has become a regular producer and director of many of the company’s major works.

Jade Bradley is a High School teacher who came to Inverell from Glen Innes in 2014. She is a talented director and actor who has been seasonally involved since her move to Inverell.

The casts will be accompanied by some talented crew members such as Olga George and Dave Shearer. NWTC Technical Director Martin Hansford will be doing the lighting and assisting where necessary with the sound effects and background.

The combined talents of both Inverell and North West Theatre Companies should ensure a great night, with NWTC responsible for erecting the stage and set, sound and lighting, bookings, publicity, front of house, catering and the bar in the café, waiting and bumping out the set after the show.

There will be no box plan seat bookings in the theatre, and a one-only price for dinner and the show. This will be a very special evening, and a fitting finale to a good year for North West Theatre Company. Don’t miss it!

This program is both highly recommended, and great value.  Ticket prices are $30 for adults, with $25 for Concessions.