Northern Tablelands MP and Agriculture Minister Adam Marshall last Friday week declared an operation to save native fish from diminishing water holes in the Gwydir and Horton Rivers a success, with 123 fish rescued, including a giant 100 centimetre Murray Cod. 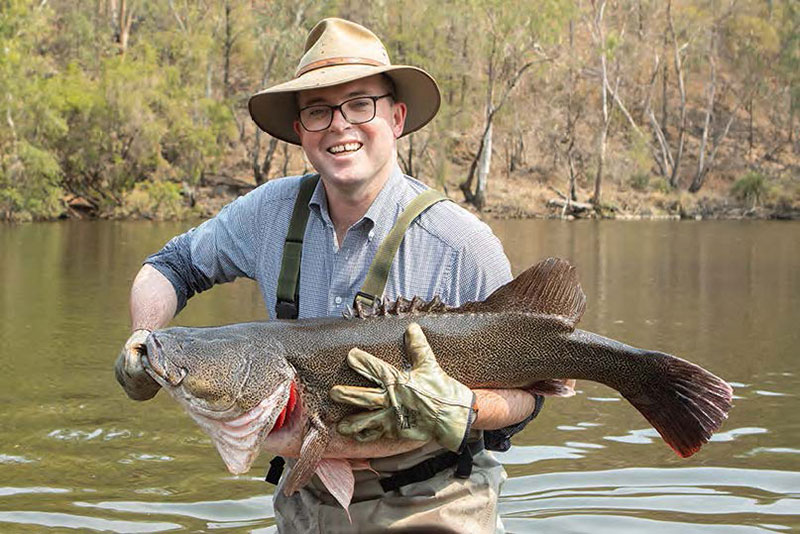 Mr Marshall joined volunteers from the Bingara Angler’s Club and Gwydir Shire Council staff as a number of fish were returned to a section of the Gwydir River upstream of Bingara, which is not at risk of fish kills this summer.

“This really is an incredibly positive outcome for the future of the native fish population in the Horton and Gwydir Rivers,” Mr Marshall said.
“Through the efforts of the Bingara Angler’s Club working with NSW Department of Primary Industries (DPI) Fisheries, 103 Murray Cod, 10 endangered Eel-Tailed Catfish, six Yellow Belly and four Golden Perch were removed from shallow holes along the river system, saving them from certain death.

“The current state of the Horton River is absolutely dire with large stretches of the waterway bone dry and remaining pools stagnant and unsuitable to support any form of marine life.

“There’ll be more severe fish kill events this summer, many more than last summer, and there’s not a lot we can do to prevent it, but this project has highlighted what can be achieved when we get on the front foot and still have a chance.”

“One day it will rain again and water will return to our rivers and when it does we will have a fish population in tanks ready to be reintroduced,” Mr Lanagan said.

“Over the last month we have assessed the health and weight of the fish and chosen 10 Murray Cod which will be kept in dams at the Bingara Murray Cod Hatchery to be used as broodstock. These fish will play a pivotal role in rebuilding our local cod population, in particular regenerating important genetics which have developed over hundreds of thousands of years.

“The reintroduction of all these fish are important for the health and cleanliness of our river system and I’m pleased the club has been able to provide assistance,” Mr Lanagan said.

Mr Marshall thanked the Bingara Angler’s Club and Gwydir Shire Council for their involvement.  “They say you can’t beat local knowledge and I feel the success of this program has come down to the efforts of volunteers who know the area and walked kilometres of river bank to find the holes where fish may be hiding,” he said. 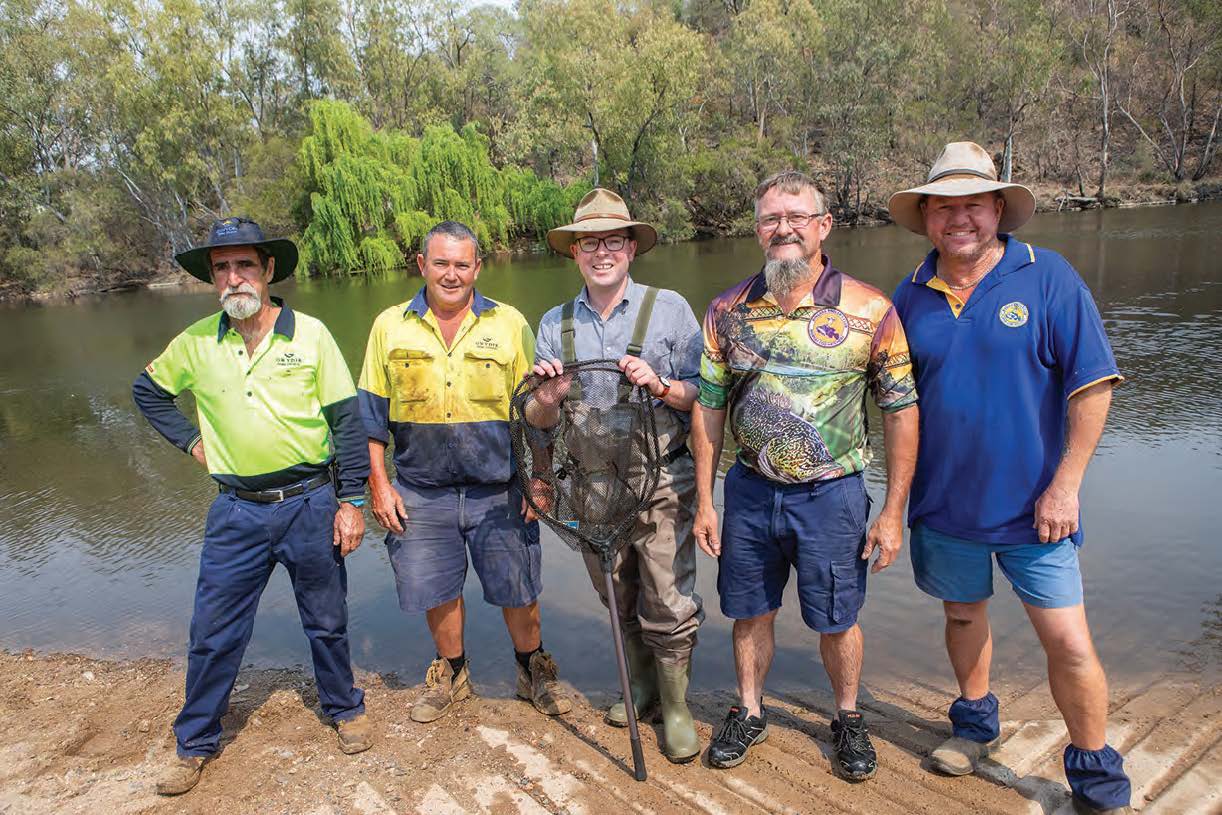 “This is the first time DPI has partnered with a volunteer fishing club on an operation like this and I truly believe without this partnership this rescue would not have been nearly as fruitful.

“I now look forward to working with the Angler’s Club on its plans to extend the hatchery and increase its capacity to breed large numbers of fish which will be used to repopulate local waterways once the drought breaks.”

This second rescue operation is part of the NSW Government’s $10 million plan to create a modern day ‘Noah’s Ark’ to ensure the survival of the State’s key native fish species from ecological disaster.

Community members are encouraged to report any fish deaths or observations through the Fishers Watch hotline on 1800 043 536 or via www.dpi.nsw.gov.au/fishing/pests-diseases/reporting