‘Paradise Found’ – The Mediterranean Garden at The Living Classroom

Costa gives his support to ‘Paradise Found’ – The Mediterranean Garden at The Living Classroom.

A feature of this year’s Bingara Orange Festival was the visit by the ABC TV’s ‘garden guru’ Costa Georgiadis. Costa had been to Bingara before in November 2015 and had visited The Living Classroom as part of that visit. 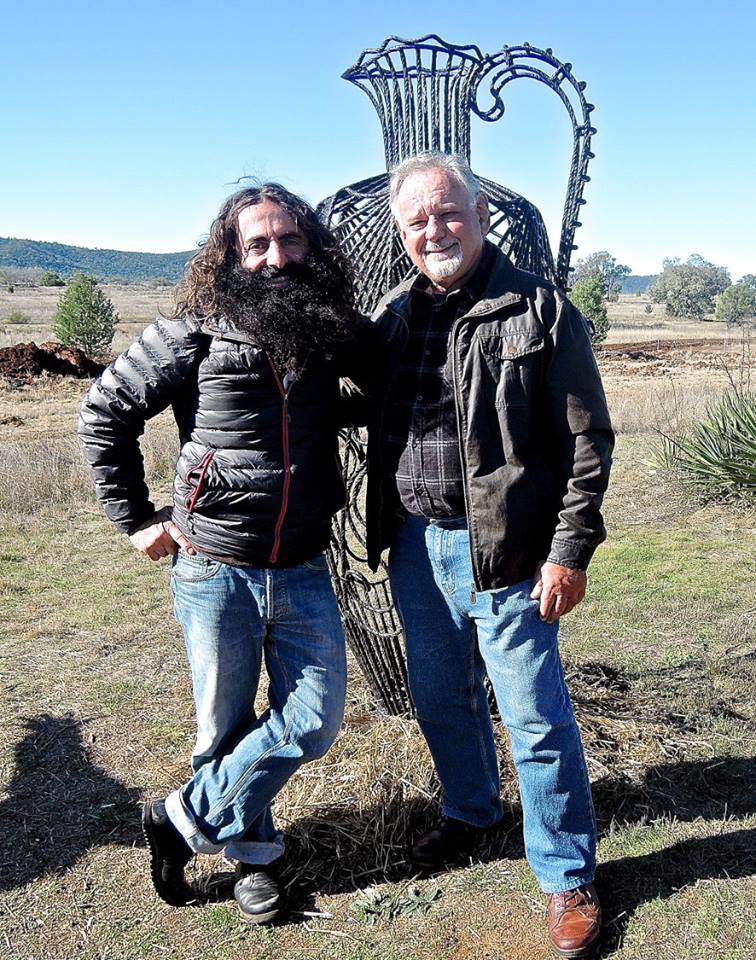 In November, the “Aussie Farm Dam Makeover” Project was in its early days. Costa was enthusiastic about the project and its significance in showcasing options for water management and food production.

Back in Bingara for the ‘Orange Festival’ Costa was keen to see how TLC had progressed. His visit was made even more meaningful with the Mediterranean Garden titled ‘Paradise Found’, being showcased as a new project for the site.

‘Paradise Found’ reflects the opportunities encountered by the Greeks from the island of Kythera who in the early 20th century purchased Peter’s Café, and 80 years ago in 1936 built the iconic Roxy Theatre. Costa shares a Greek heritage and he was delighted to hear about, and to then see for himself .

Costa accompanied the group of forty visitors for a walk to the ‘entrance point’ of Paradise Found – The Mediterranean Garden. The entrance is marked by the beautifully welded sculpture by Tony Gomez representing a Greek amphora, the ancient earthenware vessel used to store and carry olive oil or wine.

Gwydir Learning Region Manager Rick Hutton, explained the project to the guests and pointed out the features of the project. Rick invited the Kytherian community to contribute to the project.

Renowned Kytherian writer and historian Peter Prineas was present. He explained the type of building that would be found on a Kytherian farm. It is called a “kamara” and Peter offered to forward some pictures of them for consideration at TLC.

From Paradise Found the group walked to the Great Lake and examined the Aussie Farm Dam Makeover project.

Costa reflected on the rapid changes that had occurred there since his November visit and commented, “You can’t beat walking across the stepping stones, holding hands with a young person, and talking about the joys of life!”

Costa’s visit to Bingara commenced on the Friday morning where he attended the Orange Picking. He recorded the event and immediately sent it on-line through his Facebook blog. There have been more than 23,000 views of his six minute Orange Picking ‘documentary’ with Costa saying, “This is the real deal. You don’t get better street food than this!”