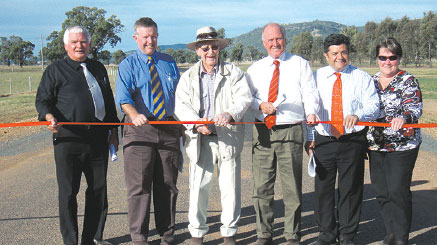 Mr. Quelch was a resident of the Frank Whiddon Nursing Home at Narrabri where he retired to after many years at his property, “Paleroo” Killarney Gap Road.Charlie Quelch was initially elected to the Bingara Shire Council in 1959, following the death of Councillor Lex Cameron.

“Charlie and my father, Jack, were very good friends and I have a vague recollection of Charlie from those years when they both worked tirelessly for the benefit of the Yallaroi and Bingara communities,” Gwydir Shire Mayor, John Coulton, said.

Mr. Quelch was 97 years old when he died and it was a lifetime punctuated with community service.