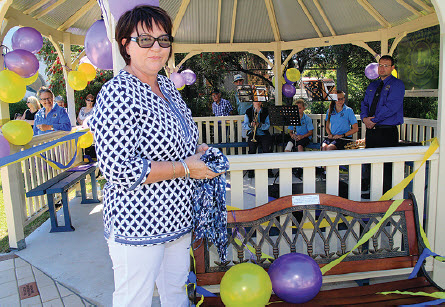 “We would like to thank the Lions Club, Gwydir Shire and the community of Bingara for acknowledging the contribution Margaret Abra made to the local Health Service,” Kathy said.

“Aunty Marg would be quietly humbled to think she was to be recognized by this ceremony today. After providing care to the Bingara community for 33 years we could say that was her passion, the hospital her life, and colleagues her family.

“How proud Aunty Marg would be to be honoured alongside Dr Hollingshead and Mr Bullough!”

Kathy said the trio were ‘The three amigos, they worked as a team and kept our health service at its best,” Kathy concluded.