The Gwydir once again proves to be the destination of choice for caravan and motorhome travellers with overwhelming numbers of requests for information by attendees at the Newcastle Caravan and Camping Expo held recently. 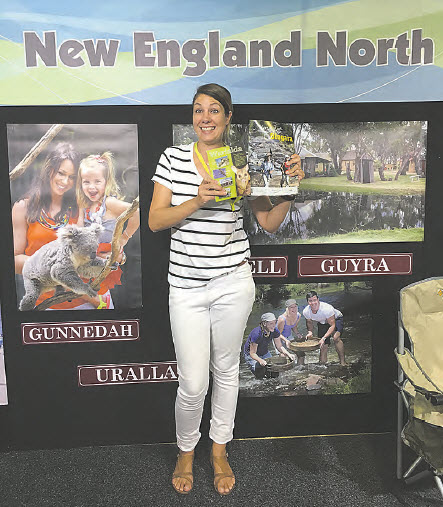 Taking place over four days, the expo is the largest display of its type outside of Sydney, attracting thousands of visitors, as well as over 170 exhibitors from the caravan and camping industry, from holiday destinations to equipment and caravan sales.

The Gwydir Shire Council participated in the expo as part of the New England North West Tourism which is made up of several councils throughout the region and the stand was manned by representatives from each local government area. “Despite the heat, crowd numbers were still high and overwhelmingly most of the requests by visitors to the stand were for information on the Gwydir” said Georgia Standerwick, Gwydir Shire Council Marketing and Promotions Team Leader.

“At one point I felt a little sorry for the other towns on our stand as visitor after visitor either raved about the towns in our shire if they had already visited, or requested brochures and information if they had not yet been. It was no doubt the most requested destination at the New England North West stand which is really exciting for out little shire” said Georgia.

New England North West Tourism will represent the region over the next few months at shows throughout Australia including Melbourne, Sydney, Brisbane and Coffs Harbour.