BingaraLatest NewsGeneralRecognition for the man ‘who always made time for others’

Recognition for the man ‘who always made time for others’

Hours upon hours of care and dedication of a popular local landmark have seen David Dickson awarded a special certificate. Mr Dickson was honoured for his outstanding contribution to the community during Australia Day celebrations. 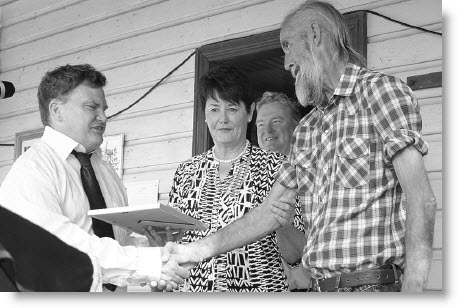 It was a result of his efforts at the Bingara Showground and numerous other gardens around town.

“David is a man who does not seek accolades or recognition, he just gets on with the job,” Gwydir Shire Deputy Mayor Catherine Egan said. “He has always had a spring in his step and a twinkle in his eye while giving his time and expertise freely. The work that David has done at the showground is invaluable and we at Council and the wider community thank him for that contribution.”

Mr Dickson was also described as a person who “always made time for others.”