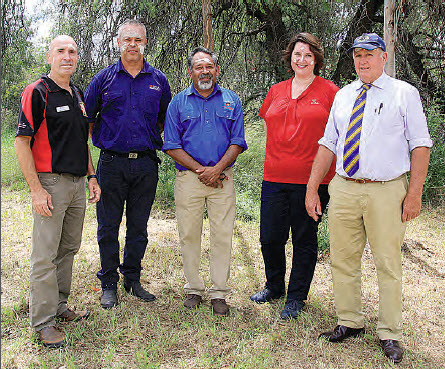 School children from Bingara, Warialda, and Tingha, and Bingara pre-schoolers were among a crowd of over 230 people who gathered at a spot by the Gwydir river to pay tribute to a man who died almost 170 years ago.

The man’s remains were released from the Australian Museum in Sydney. The ancestral man is said to have been known as Cobbara Bull, King of Bingera, a man of standing in his tribe.

He is believed to have been killed in a fight with one of his tribe in 1848, and was 60 years old when killed.

The Bingara Lions Club catered for over 230 people providing a barbecue lunch following the burial of the remains.

The event was organised by the office of environment and Heritage, supported by Gwydir Shire Council.

Anaiwan volunteers from Tingha and Narrabri held a working bee to prepare the site, creating a pathway, slashing grass and clearing ground for the smoking ceremony. 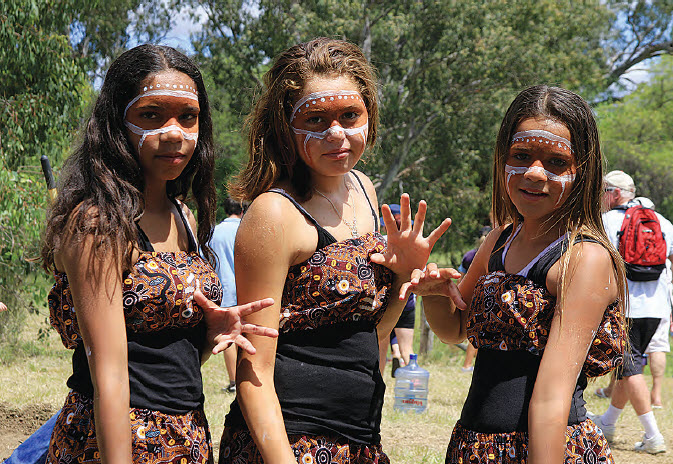 Dancers from the Bambeera Dancers group from Tingha ready to perform. 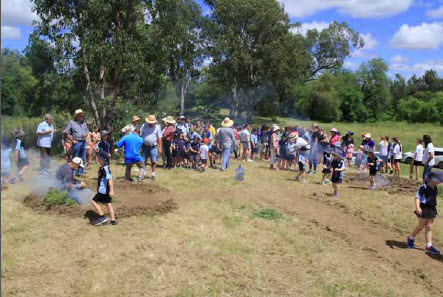 Bingara Central School children took an active part in the ceremony at the junction of Halls Creek & Gwydir river.