Bingara man, Anthony King, has been selected to play in the Australian Deaf Rugby side to travel to New Zealand next month.  The team leaves on October 25, and the will play the New Zealand Deaf All Blacks at North Harbour Stadium, Auckland on October 27. 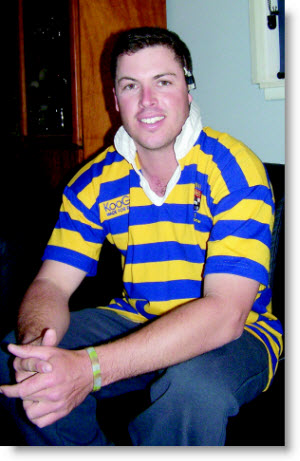 Anthony has played rugby in Inverell, and before that, in Moree. Last year, he kept up his rugby interest as team Manager for the Gwydir River Rats.

After the New Zealand trip, the next game should be against England. At this stage, Anthony does not know if that game will be played in England or Australia.