Warm weather made for a successful weekend of horse events at the Bingara Showground last Saturday and Sunday. In its 9th year the Ian Hart Commemorative Ribbon day held on the Saturday, saw over 60 competitors from around the region including Moree, Upper Horton, North Star, Garah/Boomi, Gravesend and Warialda compete on the day. 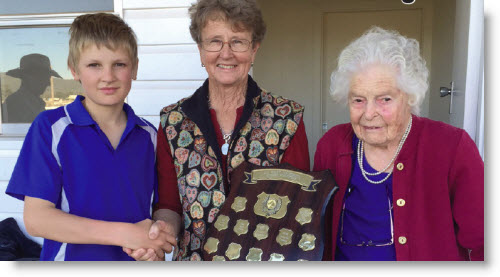 President of the Bingara Pony Club, Sinclair Munro thanked everyone who worked hard to make the day a successful one, with a special thankyou going to Bingara Pony Club Chief Instructor Sonya Coombes who worked tirelessly behind the scenes to organise the event.

43 young enthusiastic riders took to the grounds for the Zone 8 Pony Club One Day Event (O.D.E) competition. The riders were judged firstly on their dressage test then they saddled up for the tough task of completing the 2.4km cross country course, this was followed up with the show jumping section to complete the O.D.E event.

Zone 8 President David Watts was happy with the number of riders that attended the event. ‘’All the riders must be commended on the way that they conducted themselves throughout the competition, it is always great to see the friendships that are formed through the Pony Club circle,” he said.

“The sportsmanship shown is acredit to the children, their clubs and of course their families.”

Mr Watts also thanked Sinclair and the Bingara club for all the hard work they put into making the day a great success.

Results for the day were as follows:

A separate point scoring of the One Day Event was recorded for the Bingara Pony Club’s own riders which saw Bingara girls Ally O’Neille and Eva Nelson take home blue ribbons in their age groups for the very first time. Congratulations girls.