The Roxy Theatre Celebrates in Style

Following the exciting announcement of the Roxy’s state heritage listing status last week, Roxy Management and its patrons celebrated in style with a performance of A Midsummer Night’s Dream performed by the Melbourne City Ballet Company.

Thursday night’s production was the first time the Roxy Theatre has hosted live ballet, and with the show selling out nine weeks prior to the show date, it proved to be a winner.

Choreographed by Artistic Director, Michael Pappalardo, the production was a magical, neoclassical ballet interpretation of Shakespeare’s classic tale A Midsummer Night’s Dream. With a full cast of talented artists, dazzling costumes and beautiful sets, audiences were taken on a journey to the borders of Shakespeare’s Athens-Fairyland to experience magic, mischief and love, and were treated to a range of diverse movements, executed by some of Australia’s most talented artists. 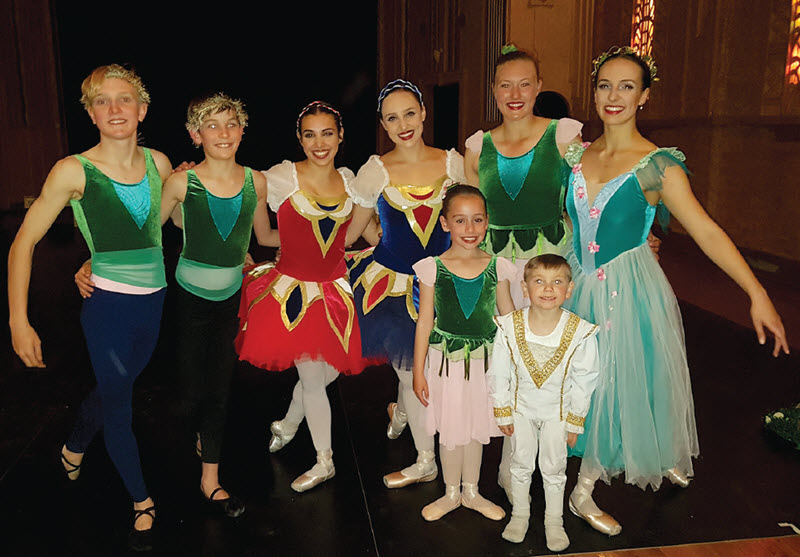 As part of the production the ballet company held public participation workshops which saw local children auditioning for parts in the show. Twenty children from the Gwydir and surrounding towns of Inverell, Moree and Barraba participated in the workshop with only five children being selected for a role. Bingara girl Erica Dixon was lucky enough to secure one of these roles.

A surprise addition to the cast was a three year old boy from Inverell, his sister a budding ballerina made the journey from Inverell to audition for a part. Unfortunately she was unsuccessful, however the young boy caught the eye of the ballet company and was selected for a role. It is safe to say the very well behaved three year old stole the show.

Due to popular demand, the Melbourne City Ballet Company will be back next year on Saturday 2nd June with the evocative tragedy ‘Carmen’. Tickets will go on sale at the beginning of October 2017 through the Bingara Visitor Information Centre. Those interested in attending are encouraged to book early as tickets will sell out.