Saucy Suspense Steps out in this Scintillating Show

If you enjoy a ripping yarn, with lots of twists and turns, a dashing hero, sexy heroines, violent villains and romantic ‘fish’, then the North West Theatre Company’s May-June production of Alfred Hitchcock’s ‘The 39 Steps’ is a must see.

Set in London and Scotland in 1936, the story follows the adventures of Richard Hannay (Peter Caddey) as he steps sharply from his dreary world of boredom, into a world of intrigue. He gets involved with the sultry secret agent, Annabella Schmidt (Tanya Heaton).

Accused of murder and pursued by the police, Hannay finds his only escape is to hop onto a steam train. He follows the map given to him by Annabella to Scotland, where he must find the Professor who knows the secret of The 39 Steps, recover the top secret information vital to the nation’s air defence, and clear his name.

Like all good suspense, the play is full of twists and turns. Red herrings abound (along with other fishes) and a dozen Alfred Hitchcock movies make fleeting appearances during the play. It is action from go to woe as props, goofs, lights, amazing music, special sound effects and funny hats fly about the stage.

‘The 39 Steps’ opens at the Roxy Theatre in Bingara on May 27. There are five shows, three of them matinees. It is a show suitable for young and old, and all of those in between.

Tickets are available through the Bingara Visitor Information Centre or on-line.

At $25 for adults and $20 for concessions ‘The 39 Steps’ is a wonderful two hours of non-stop entertainment. 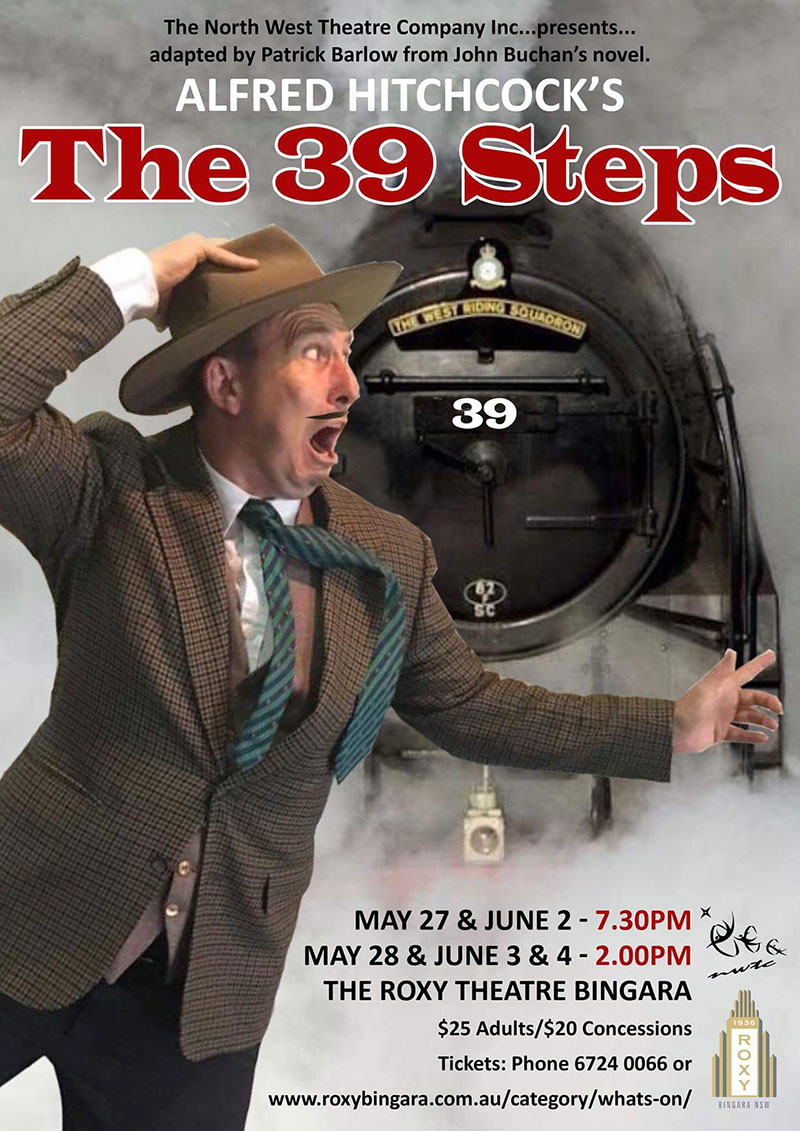