Sew much more in new premises

Sew Much More in Bingara has spent its first few months of business in its bright new premises juggling challenging trading conditions. The move across to the opposite side of Maitland Street has brought new invigoration to the shop with the light-filled space providing the perfect space for crafty inspiration. 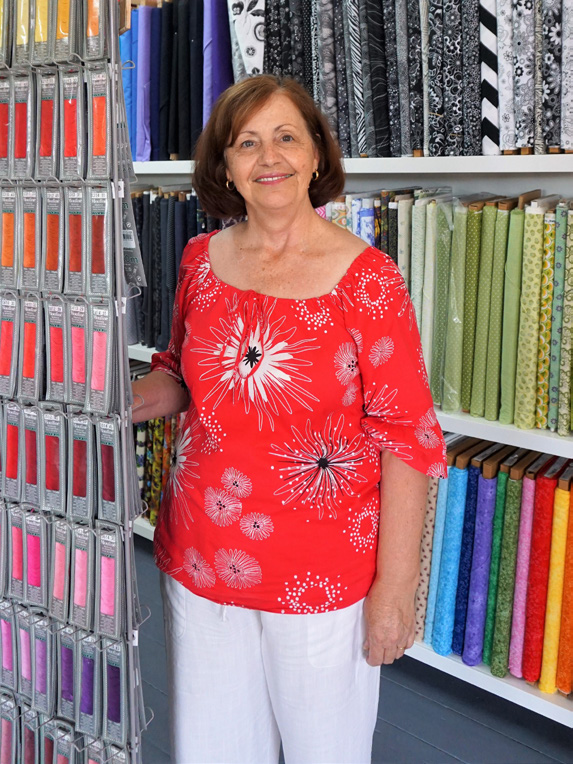 “It’s been a fabulous move into a nice, light, airy building. Everybody loves it,” said business owner Jacqualine Breneger.

Her customers agree. “I think it’s the best move she did because it looks brighter and cheerier and I could never really look at things to their full advantage; that’s not the case now,” said customer Jen McGrath.

Jacqualine has been pleased to continue servicing the needs of the community in this difficult time. “I will continue to have the shop open and running as usual for as long as I can. Until I’m told I can’t. The only thing that has changed is that I don’t have flowers in, for health reasons.”

Sew much More’s Autumn retreat, which was to be held on the last weekend of March, was unfortunately a casualty of distancing rules. Twice a year, around 15 ladies generally attend the retreat held at The Living Classroom, with the purpose of friendship and a mutually crafted project.  Each retreat has a theme which participants can then interpret in their own work.

Ever committed and optimistic, Jacqualine is already planning into the future. “I’m going to do a ‘Tub Saturday’, after this all passes. I have also got other retreats planned for later in the year. I will do this (Autumn) retreat when we can.”

Whilst the last few years have been a testing retail environment, Sew Much More has proved to be a thriving business, with customers often seeking respite in a therapeutic hobby.

Jacqualine says she hopes that her regular customers can continue to enjoy sewing and crafting during the restrictions and perhaps others may take up a hobby too. “Bag making, sock making, macramé quilting, the list is endless, what we do in here. Then we invent it again,” says Jacqueline.

“In addition to quilting we do home furnishings, purses and bags, buckets.”  If you are stuck for ideas get in touch with Jacqueline who can help with anything you may wish to investigate further.

Sew Much More is flourishing, not only with a loyal base of regular customers, many of whom were attending the Monday and Friday classes which were on offer, but with a growing reputation out of town visitors are just as important.

In a fast moving society Sew Much More is almost the last (local) w oman standing. “Narrabri has lost their shop and quilter, Barraba don’t have one anymore, Manilla may have lost theirs, and there is no one in Glen Innes,” said Jaqualine.

Where there’s a will there’s a way with Sew Much More taking orders and payment over the phone, deliveries can be made within Bingara. Jacqualine can even use video to help you source what you need.

For regular updates about her business and new products to store follow Sew Much More on their Facebook page.