Cricketer, Tom Groth has become only the second cricketer to be presented with a baggy blue cap to signify playing 50 games for New South Country.

His wife, Jess, mother, Kathy and brothers Matt and Simon attended the match and the presentation. His sister, Gabrielle, came up from Canberra on one day, but could not stay for the presentation. 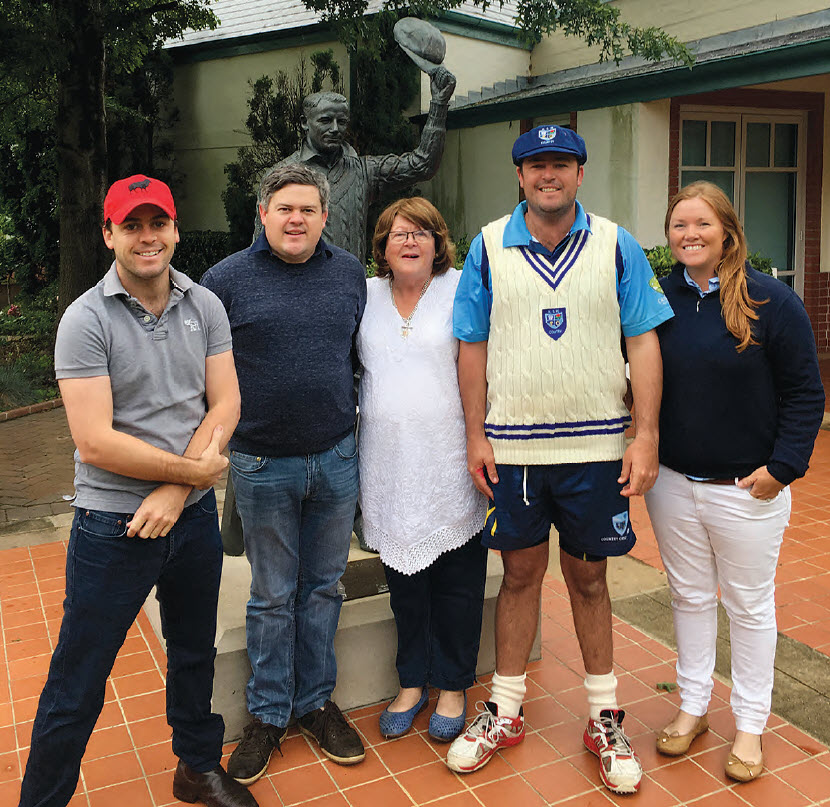 Presenting the cap, Geoff Cook, Manager of the NSW Country Cricket team, said that Tom had contributed enormously to country cricket, especially Tamworth.  Geoff remembered when Tom Groth, a specialist wicketkeeper, moved to Sydney to play with the Eastern Suburbs Club.  His first game was against Mosman. “He was a skinny little bloke,” Geoff said.

He said that Tom had the gift of keeping others enthused.  “Wicketkeeper is the toughest job, but Tom was always up and ready to pay the next day,” he said.

Ten years ago, Tom was selected to play for NSW Country, and in that time, played nine Country Championships and one State League tour.