Jack, leading the steer which weighs ‘somewhere between 680 and 690kg,’ won his heat in the Junior Paraders class 12 years and over, but was unplaced in the finals.

Success came later in the day when Storm won first place in the Champion Steer, winning a trophy donated by Elders Inverell. 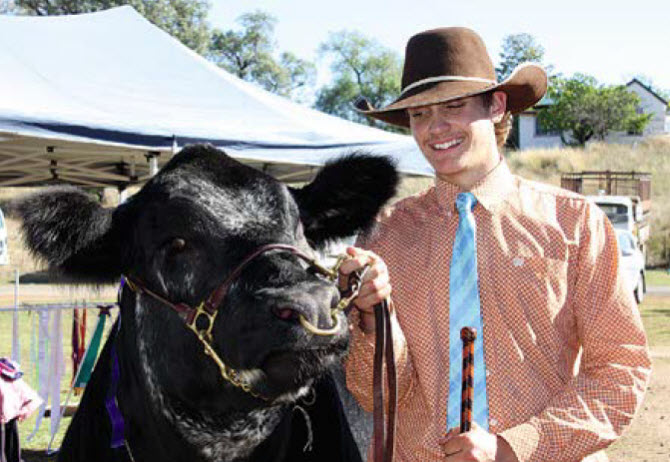 In March, Storm went to the Royal Easter Show. Despite being accepted into his class, when the event came three days later, his voracious appetite had let him down, and Storm was disqualified for being overweight.

Jack told the Advocate that the 20 month old steer is soon bound for Casino.