The event will be held on Tuesday and Wednesday, April 2 and 3. 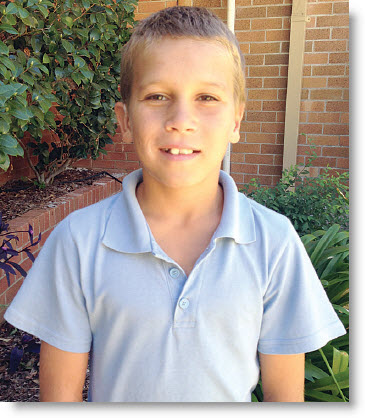 Thomas swam well at Bingara Central’s Swimming Carnival, and was selected to go to the Zone carnival at Inverell.

He also swam well at Inverell and was selected from there to go to the Regional carnival at Armidale, and from Armidale to Sydney.

Thomas will compete in events for students with disabilities. He is in the S15 classification for the hearing impaired and will swim in the Senior Boys 50m Breaststroke.

Thomas started his swimming career when he attended the School’s swimming lessons in Year 2.

He had ‘one on one’ stroke correction at the yearly swimming schools, and occasionally still has a little help with stroke correction. However, he does most of his training under his own steam in the creek near where he lives now.

For hearing impaired swimmers at zone and regional carnivals, someone stands behind the swimmer, holding their heel or ankle, and releasing it when the starter gun is fired. Perhaps in Sydney, that might be different.