From swashbuckling plantation holder, to philandering womaniser, to thoroughly modern king, baritone Teddy Tahu Rhodes has cut a swathe through a variety of roles of late, leaving audiences reeling and critics raving.

With one of the most recognisable profiles in music today, Teddy Tahu Rhodes is an artist who has conquered both the operatic and musical theatre worlds.

It is a major coup therefore, that Opera North West has secured international superstar Teddy Tahu Rhodes to perform at its headlining event Opera in the near Inverell on March 21 next year.

The exceptional event provides a unique opportunity to experience an outstanding cast accompanied by the Mimosa Orchestra, performing in the magical surrounds of the Australian bush, with its superb natural acoustics.

Tahu Rhodes recognises what it is that makes these performances special. “Because they’re often far more community based, there’s such a buzz about the community getting behind it.”

It is precisely this community spirit that comes to the fore when rural communities find themselves grappling with harsh conditions. At the suggestion that his appearance will lift people’s spirits in the current dry, he responds with the exceptional modesty for which he is renown “My goodness…I’ll be surprised if anyone knows me up there!” 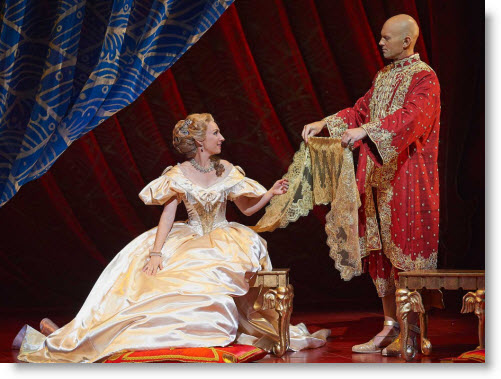 He needn’t worry. Following recent appearances for Opera Australia in South Pacific, Don Giovanni and The King and I, Tahu Rhodes has been catapulted into the mainstream by setting box offices on fire.

Smashing all box office records, The King and I stands as the highest selling show ever staged at the Sydney Opera House, with Tahu Rhodes appearing in the lead opposite Lisa McCune in the Rogers and Hammerstein musical. The production was seen by over a quarter of a million people during its national tour.

Following this stratospheric success, it is a wonderful accomplishment that Opera North West has secured Tahu Rhodes to perform at Opera in the Paddock.

Tahu Rhodes is genuinely “very excited to be coming.” Artistic Director of Opera North West, Peta Blyth is optimistic that many people will travel to make the most of this rare opportunity to see Tahu Rhodes perform.

“Given Teddy’s recent successes, and the fact that he is in great demand to perform here in Australia and internationally, it is very special that regional audiences will be able to see him in the unique and relaxed setting of the paddock,” said Mrs Blyth.

In great demand both in Australia and overseas, it is somewhat remarkable that Tahu Rhodes has made time in his demanding schedule to appear Opera in the Paddock in March. How does this type of experience compare to performing in the world’s greatest opera houses?

“I get the chance to do what I love doing and there’ll be people out there who are there to have a great time. It’ll be special just by being there. It’ll be amazing” he says.