On November 11, 1918, between 0530hrs and 0630hrs, French and German officials met in a railway carriage in a French forest, and worked out the terms and conditions of the Armistice.  The Armistice came into effect at 11.00am. So ended ‘The war to end all wars’.

One hundred years on, the remains of unknown soldiers are still being found. Good crowds braved the heat to attend Remembrance Day services in Bingara and Warialda, where those who served in all theatres of war were remembered in a minute’s silence. In Bingara, a luncheon was held at the Returned Services Club to mark the centenary of Armistice Day.

Sam Kennedy, whose great grandfather used to play at Anzac Day and Remembrance Day services, played the Last Post and Reveille, and he, Rick Hutton and school children entertained during the luncheon. School leaders took part in the service.

During his days at Bingara Central School, Sam regularly played at Anzac and Remembrance days, and at Orange Picking. 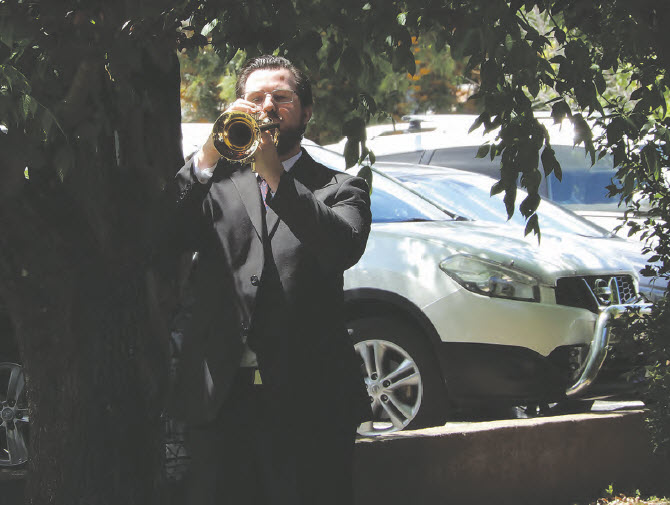 In Warialda, local resident, Heather Gilmour spoke about her father, Hercules Woods, who served in World War I and his life in the district following the war. Students from St. Josephs, Warialda Public and Warialda High schools took part in the ceremony.

Ruby Mitchell, who recently completed her HSC, played keyboard to accompany the hymns, Advance Australia Fair and God Save the Queen.