We can finally show the funny and thoughtful Australian film, The Merger directed by actor and comedian Damian Callinan. This movie was scheduled for March last year but we all know what happened to that. Some of you may have seen Damian Callinan as he did a comedy tour just over a year ago and I think appeared in Upper Horton.

The Merger takes place in Bodgy Creek. Bodgy Creek is a struggling town. The drought won’t let up, jobs are scarce after the local mill was shut down, and the footy team looks like it will have to merge with another club or fold. The biggest cultural event of the year is presumably the meat raffle.

What to do about the footy team? No one wants the club to fold but who would want to merge with another club particularly the club which used to be enemy! But how can they find enough players to continue?

Star ex-player, Troy “Town Killer” Carrington, has a good idea to revive the fortunes of the local club. Despite his revered former life as a once-promising player, Troy’s name has become mud. The problem is that the whole town now hates him due to something he did in the past. On top of that the more traditional members of the club think that Troy’s idea is not a good one at all but is in fact a really bad one.

So, does Troy redeem his reputation or do the members get their way? Does the club survive? Does the town keep its footy team? Come along to the Roxy on Sunday March 28 and find out.

Although the footy they play in Bodgy Creek is AFL, don’t be put off. The story is universal.

Membership to those joining in March is $54 for the remaining films in 2021.
See you at the movies.
Regards,
Ros 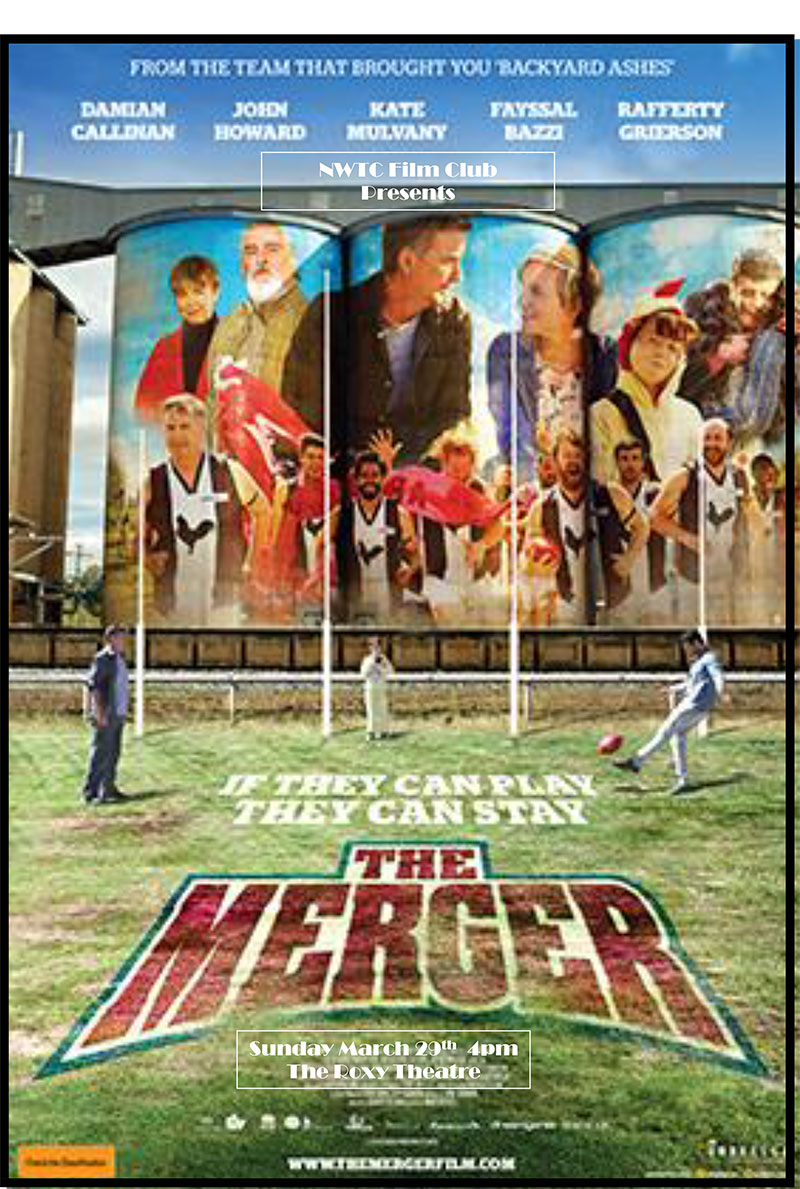