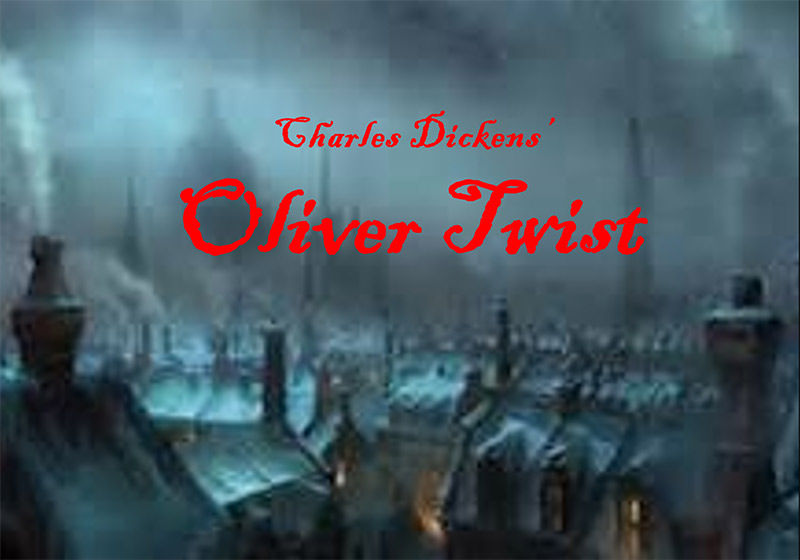 Read through and Auditions: Sunday May 9 at the Roxy Theatre from 10am to 1pm (or by arrangement)

This production is an adaptation of the Novel “Oliver Twist” by Charles Dickens, adapted by Rick Hutton using scene sequences suggested by the Lionel Bart Musical ‘Oliver!’.

Orchestral music from ‘Oliver!’ will be used to segue changes from scene to scene.

One ‘singing’ scene is envisaged at the end of Act One that being the tavern song “Down at the Old Bull & Bush” simply as a singalong including the audience.

The Stage will be a thrust stage of three levels with the Screen at the rear and with the Players sitting to stage Left and Right. The players remain ‘in the space’ for the entire performance.

The Victorian Era period will be set by the projections, the costumes and the minimal use of properties.

The Play is in two acts with an Intermission of 20 minutes. The total performance time will be about 90 minutes (including interval).

The NWTC welcomes children of the age group 10 to 12 to play the Workhouse Children and the members of Fagin’s Gang. From these the parts of Oliver Twist, Jack Dawkins (The Artful Dodger) and Charlie will be cast. These may be played by boys or girls.

All cast members will need to become members of the NWTC for insurance purposes.

The production will meet with all child safety regulations and requirements.