The Search for Perch

The distribution of the fish has been in significant decline over recent years, though is still locally abundant in the Border Rivers region. The population in western NSW is now endangered.
The fish are usually found in sheltered areas such as overhanging vegetation, aquatic macrophyte beds, logs, dead branches and boulders during the day. They disperse during the night to feed.

Most importantly if caught please take a close-up picture of the fish on it’s side before releasing it back into the water. 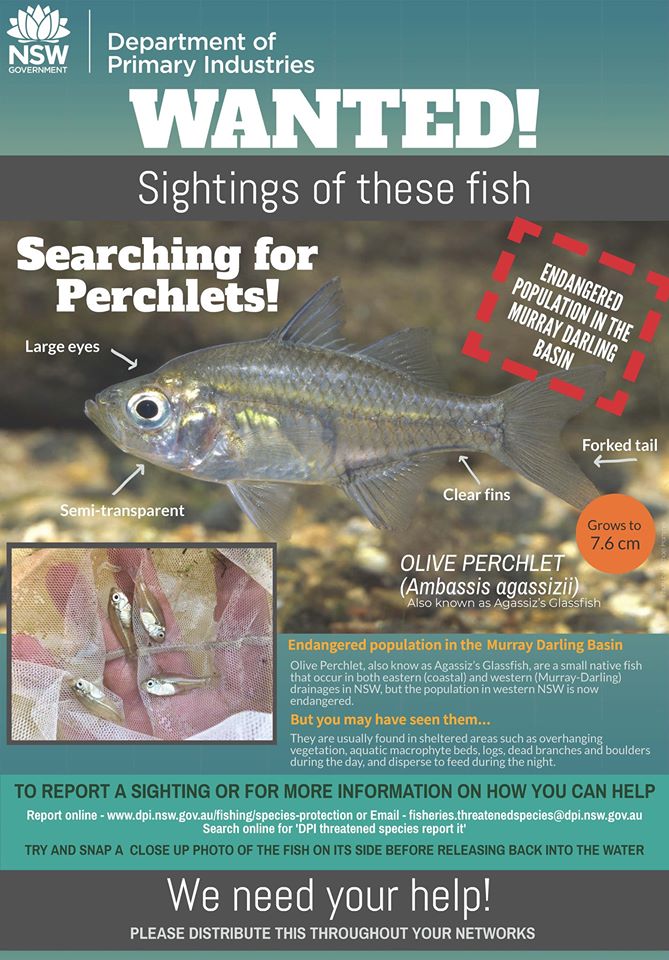