The Thornleigh Herefords team from Little Plain west of Inverell and formerly of the Bingara area, have just arrived home after huge success at the Brisbane Show, the Ekka, last week. 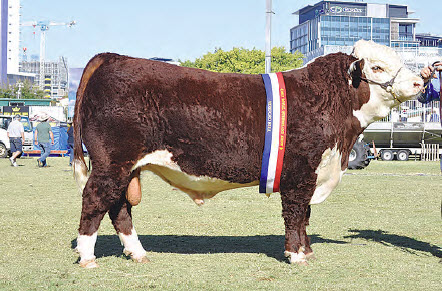 As a result the Monies were awarded Most Successful Exhibitor.

Ben Monie was absolutely delighted with the result.  “The Hereford competition was very strong in Brisbane with a lot of representation from Northern NSW. We were thrilled with the outcome particularly as we are offering the three prize winning bulls at our bull sale.