He holds 56 qualifications and all on a voluntary basis but Peter Turnbull was still shocked to hear he had been announced as the 2014 Bingara Citizen of the Year.

“I am flabbergasted,” the man of few words said. “Really, I never expected it at all. I have only done what I’ve wanted to do, and that is the important thing isn’t it? Doing what you enjoy and makes you feel good.” 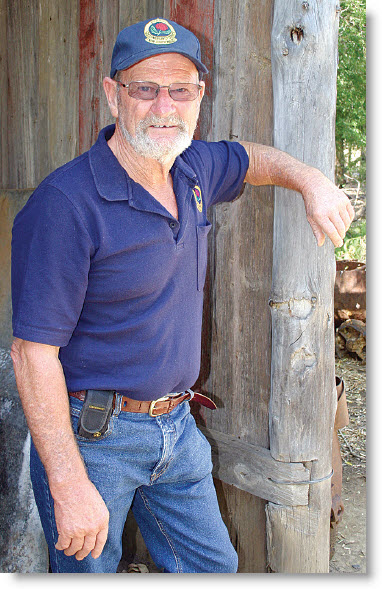 During her presentation of the award, Gwydir Shire Deputy Mayor Catherine Egan praised Mr Turnbull as a “Tireless volunteer.  Ever since he came to Bingara in the 19070’s he has immersed himself in the community and been there to help,” Mrs Egan said. Peter is currently the local SES Unit Controller and an active fire fighter and also holds a role with the Bangheet Fire Brigade as equipment officer or anything else they need.”

“Peter’s contribution over a number of decades has saved many lives, and hundreds of thousands of dollars from damage to community and individual property by flood, storm or fire. He has saved the lives of domestic animals and raised thousands of dollars to benefit the local community. He has also provided essential first aid and traffic control at numerous community events at no cost.”

Further credits include a 20-odd year involvement with the Lions Club and being a board member of the local emergency management committee.

As a founding board member, Peter was also heavily involved with significant fundraising for Touriandi Lodge.  “I think it’s just part of being in the community,” the modest father and grandfather said. “It is a lovely little town and I feel right at home here. I like to make the best of it. It is good to be busy and I do think it is important to help out where you can.”