What looked like a winning fish had to be returned to the water after it was caught by local fisherman Stan Fletcher.

Under Department of Primary Industries rules, only cod measuring between 55 and 75 cm can be legally kept if caught, so the fish was ineligible to be entered in the Bingara Anglers Club Easterfish competition. 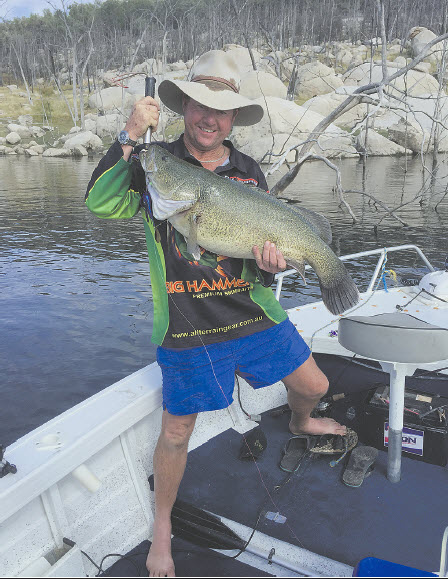 Stan Fletcher with his 90cm Murray cod caught at Copeton Dam. The cod was released healthy.

Another Bingara fisherman to strike just a centimetre of bad luck was Graham Rampling. On Sunday afternoon, fishing downstream from town, shortly before the competition ended, Graham caught two cod, one 54cm, the other 53cm.

He urged his fish to stretch, but they were just short of legal, so they, too went back into the river.