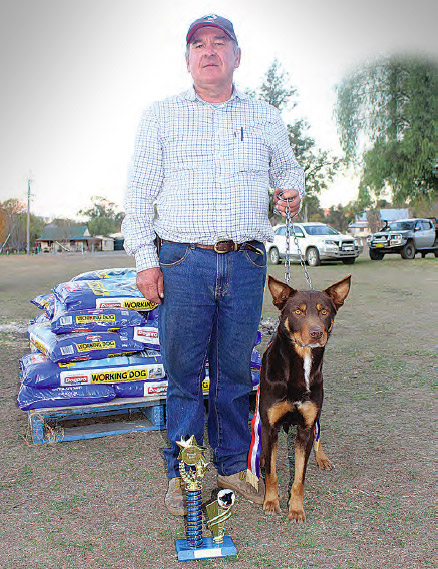 Considering the very dry weather special mention must go to the people who supplied the sheep for the trial, as without their help we could not have held the trial. They are Bill and Thelma Kelly, Snow Kelly and family, and Tony Overton and Euro Pambela Grazing Co. It was much appreciated.

“I would like to thank everyone who helped to make the trial and successful and enjoyable weekend, and to the sponsors who helped as they do every year,” organizer, Barry Madden said. Good weather made for some very good trialing, with the competitors rating it as the best trial in the circuit and are coming back next year.