On Friday November 1 the Residents and Staff of Touriandi held a Pink ribbon breakfast in conjunction with the Bingara MPS and the Imperial Hotel. For some years now Touriandi has held a function for Pink ribbon day and have raised a considerable amount of money for the NSW Cancer Council. 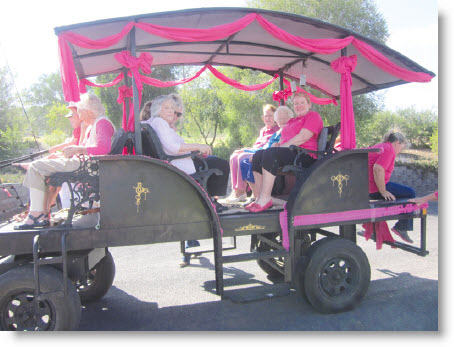 The residents and staff welcomed the change and the challenge to do something different. The portico area at the front of the facility was decked out with pink balloons and lanterns, and pink table decorations.

A Large number of staff offered their time and assisted with the cooking and serving of a scrumptious breakfast with all the trimmings which was thoroughly enjoyed by all. 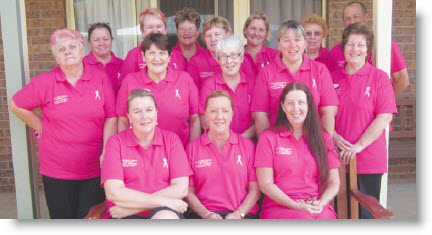 Everyone wore pink and the staff will be wearing pink shirts for the rest of November. The morning was made even more exciting and enjoyable by the arrival of the horse and cart accompanied by the pink camels.

There was much laughter as the residents and staff took it in turns to have a ride.

Thank you so much Johnny Wade and your helpers for thinking of us and taking the time to come to Touriandi, the residents are still talking about the great morning.