The visitor boom to the region continues as the Queensland border finally re-opened last Friday, with the number of tourists across the Gwydir markedly increased.

The Bingara Visitor’s Centre has seen a doubling of enquiries over the past few weeks and an even greater increase last week as the date of the border re-opening was imminent.

As restrictions eased several weeks ago and travelling was again possible, the number of tourists visiting across the region has been steadily increasing. Preparing to head north for the winter there has been an increase in caravaners and other visitors staying in wait of the opening of the Queensland border.

Late last week there were up to 60 caravans staying along the Gwydir River in the free camping areas and in Warialda the local caravan park has been busy too. 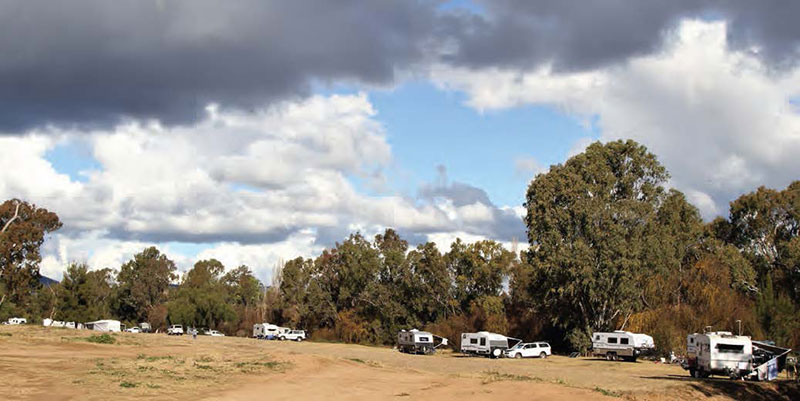 Caravaners camping along the Gwydir River.

“Usually people are travelling a lot earlier than this to get up north. All the colder places usually go up a lot sooner. It’s been funny with COVID. There’s a lot of people driving through,” said Warialda Caravan and Cabin caretaker, Wayne Ford.

For shops in town that has meant a boost to business with a noticeable flourish in the street. Gwydir Shire Libraries and Service NSW Centres in Warialda and Bingara have been inundated with customers seeking assistance completing their border pass, with the authorisation needing to be printed out.

From Wednesday numbers started increasing, reaching between 40 – 50 requests later in the week at Bingara Library alone. Applications going through the service had continued at the same rate into this week.