The Roxy Museum is to receive $25,000 from the Nicholas Anthony Aroney Trust. The Trust was established to help preserve, promote and foster the island of Kythera, as well as Kytherian and Greek heritage, culture, ethos, and history. 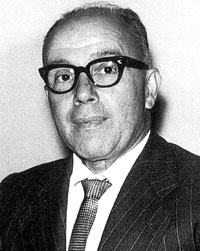 [Photo: Nicholas Anthony Aroney, who made provision in his will for a Trust Fund.]

Sandy McNaughton, Manager of the Roxy said “The grant from the Aroney Trust is significant on a number of levels. “What is important to note is the acknowledgment we have received for the project from this prestigious Foundation. We are viewing the contribution as a significant endorsement of our achievements.  We are extremely pleased to have been the recipient, both financially, as well as in terms of recognition, from such a well respected Greek organisation.”

The funding is the first major contribution for the fit out of the Museum and will assist in establishing the IT component.

According to George Poulos, Public Relations Officer of the Kytherian Association of Australia, “it is fitting that a man who generated substantial wealth from Greek cafés in his lifetime, should contribute a considerable sum to helping establish a memorial to the café culture, posthumously. Mr Poulos is also a Trustee of the Kytherian World Heritage Fund.

The Roxy museum’s charter is to celebrate and commemorate the role of Kytherian, in particular and  Greek Australians in general, in the development of rural Australia, particularly in NSW and Qld.

Nicholas Aroney (Anastasopoulos) was born in Aroniathika, Kythera, Greece, on  February 14, 1899. An only child, his mother died very early in his life. His father lived in America.

For some years Nick remained in the care of his grandmother on Kythera, but it was a life of poverty. In 1914, at just fifteen years of age, he boarded a German ship bound for Australia. War intervened and he got no further than Batavia in Java.

Nick was forced to find another ship to take him to Sydney. The long and tortuous journey ended in the small country town of Warren, NSW where he took up employment, working for an uncle.

Times were difficult, wages were very low, but through hard work and frugality, Nick was able to accumulate some capital.

In 1919, his first cousin Nicholas Aroney (Papadominakos, best known as “big Nick”), purchased the New York Café in Nowra,  After working for six years with “big Nick”, Nicholas Anthony, (“little Nick”), purchased a half share in the business. Years later, in 1936, they moved to Wollongong,  as proprietors of the Spot Café.

This, in turn, was sold in 1940, and Nick Aroney went to Sydney, where for some years during the war he was employed in the famous Hotel Australia.

He became the senior partner in a number of businesses in Sydney, notably the Coronet Restaurant, the Chicken Grill and St James Milk Bar. Throughout his life he acquired substantial real estate interests.

Somewhat late in life, at the age of 63, Nick married Natasha, a lady of beauty, style and culture who had grown up in Vienna and Berlin. Together they ran a small clothing manufacturing enterprise. It was a very happy marriage.

They built a fine home in the prestigious suburb of Pymble. They made several trips to Greece, visiting on each occasion the beloved island of his childhood. Nick Aroney died in Sydney on July 12, 1986 aged 87.

In his will, Nicholas made provision for the establishment of a Trust Fund. Four fellow Kytherians were appointed as Trustees of the Nicholas Anthony Aroney Trust. Professor Manuel Aroney AM, OBE, solicitor, Angelo Crones and accountants and brothers, Peter and Leo Comino.

Since 1986, the Trustees have managed the Trust prudently, “growing” the initial bequest substantially, and providing financial support, year by year, for a diverse number of Kytherian and wider Greek, cultural and educational projects.

Additionally, the Trust funds the maintenance and renovation of Churches and public buildings, and extensive archaeological and historical research, on the island of Kythera.

The Trustees have executed their duties in such an “understated” way, that few Kytherians around the world are aware of the breadth and depth of their involvement in the preservation of Kytherian and Greek heritage, culture, ethos and history.

The founders of Bingara’s Roxy Theatre, Peter Feros, George Psaltis and Emanuel Aroney would be thrilled to see the Roxy complex today and indeed, even more so when the Museum is opened.

The three men came to Australia from the Greek Island of Kythera in the early 1920s and formed the cafe partnership of Peters & Co, Bingara.

The Roxy Theatre opened on Saturday March 28, 1936 to a packed house. Mr George Psaltis addressed the crowd on behalf of Peters & Co. and “expressed his appreciation of the support of the people of Bingara and district, whose friendship and encouragement had given them the inspiration to carry on, in the face of all the obstacles that had beset them.

“They were but the servants of the people and they were out to give them the utmost value for money, both in entertainment and service.” The theatre closed in 1958, lying dormant and untouched for 40 years until it was renovated and reopened in May 2004.

The plans are to furnish the museum, which is on the first floor above the café, with computers, TV screens and displays which will tell the story of the many migrants from Kythera and all over Greece who have made such a lasting contribution to the rich tapestry of Australia’s history.

(Information  on the Aroney Trust provided by George Poulos).