A special Australia Day award was presented to the Bingara Minor League Under 10s team. The chronically under-strength team of just 12 players defied the odds by getting through to the Grand Final.

Some have been playing football for a few years and but for two of them it was just their first season. The whole team showed real determination every time they played.

The team believed they could win.

They were never fazed, even when they turned up to a game in another town to find the opposition team had 25 players to call.

It was this determination, an enormous effort for these young men, which took them all the way to the Grand Final. 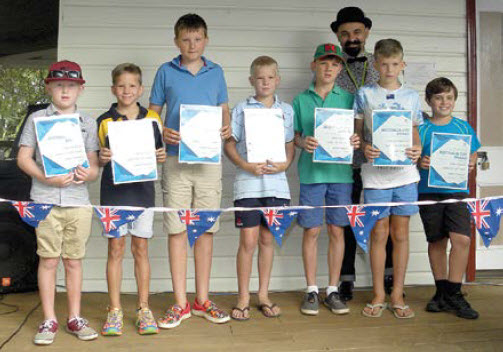